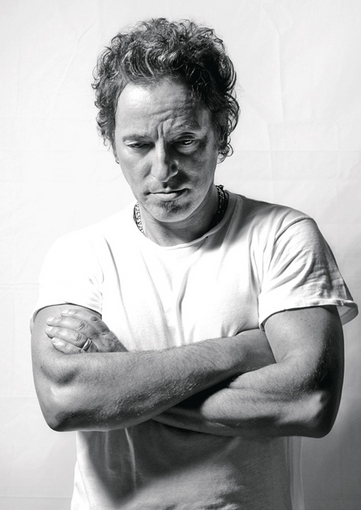 slideshow
This song, issued in the wake of the devastating attacks on New York City in 2001, nearly overwhelmed me with grief the first time I heard it. I thought of my father.

He's been dead more than 20 years, and I must admit that—like everything from that long-ago time—there are moments when it is hard to fully grasp his memory. I think of him more and more in the abstract, through an old saying, or the details of an old trip or just a fading image from an old photograph. Bruce Springsteen's ardent eye on this shattering tune—"shirts in the closet, shoes in the hall ... coffee cups on the counter, jackets on the chair, paper's on the doorstep ... everything is everything, but you're missing"—took me back to the specific. “Your house is waiting," he sings, then repeats the phrase, “your house is waiting ... for you to walk in&#151but you're missing."

The billowing power of a song like this is that it connects, on some elemental, emotional level, and you make it your own. Springsteen, seeking to give comfort to those who lost loved ones in the terrorist attacks of 9/11, found a way to comfort me, too.

It hardly seemed possible that he would have had so much success with the first pursuit, much less the second. “You're Missing" arrived as part of The Rising, the first Springsteen studio album with the E Street Band since 1984's Born In The U.S.A., his first CD of original material since 1995's Tom Joad and the latest in what had been a string of largely moribund and increasingly jingoistic efforts by American musicians to move past the tragedy.