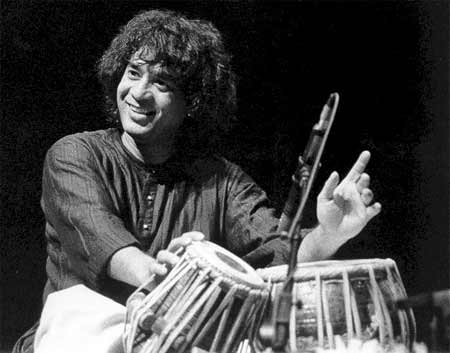 slideshow
Philadelphia, PA: He has been called “a fearsome technician but also a whimsical inventor, devoted to exuberant play," by the New York Times. Considered a national treasure of his native India, Zakir Hussain's renowned percussion skills have made him an international phenomenon. A classical tabla virtuoso of the highest order, Hussain's music is described as “intoxicating in its intensity," with a “virtuosity that is barely to be believed" (Washington Post). Backed by his Masters of Tradition, an accomplished cast in its own right, this performance will take audiences on an arresting musical journey.

The performance will take place on April 7, 2012 at 8 PM. Tickets are $20-$50 (prices are subject to change). For tickets or for more information, please visit AnnenbergCenter.org or call 215.898.3900. Tickets can also be purchased in person at the Annenberg Center Box Office.

Hussain began his professional career at the age of 12. As the foremost disciple of his father, the legendary Ustad Allarakha, Hussain toured internationally with great success before age 18. Zakir's 2009 recording The Melody of Rhythm, with frequent collaborators and trio-mates Béla Fleck and Edgar Meyer, was nominated for a Grammy® award in 2010. He has received many awards, grants and honors, including Padma Bhushan (2002), Padma Shri (1988), the Sangeet Natak Akademi Award (1991), Kalidas Samman (2006), the 1999 National Heritage Fellowship Award and the Bay Area Isadora Duncan Award (1998-99). Most recently, the National Symphony Orchestra, with Christoph Eschenbach, commissioned and premiered Hussain's Concerto for Four Soloists at the Kennedy Center for Performing Arts, which was met with great acclaim.

Audience members are invited to attend a pre-show chat with Zakir Hussain hosted by Allyn Miner, Senior Lecturer in South Asia Studies at the University of Pennsylvania and North Indian sitar concert performer.