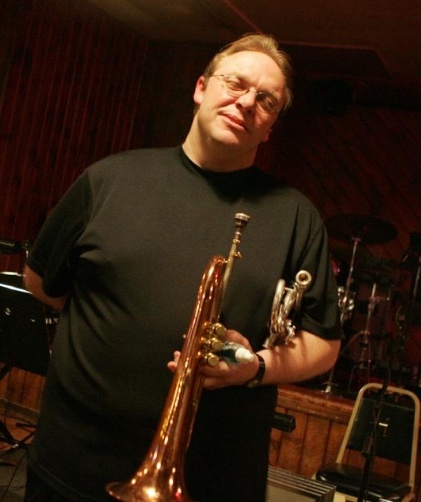 slideshow
John Allmark’s Monday evenings at the Met Café in Pawtucket, RI generally feature his very fine big band. This past Monday, Allmark presented his octet, a brass-rich band that gives each player a bit more time in the spotlight than the big-band format permits.

The octet’s first set included a wide range of bop classics from the likes of Horace Silver, Benny Golson and Kenny Dorham, artfully arranged to feature the textures and possibilities of the horns. The band also dug deep into Dave Holland’s “Blue Jean,” which was a feature for Bowlby, and a spirited take on Stevie Wonder’s “Superstition” that closed the set.

Antell turned the evening from something very fine into something way over the top—in a good way. The southwest Florida native, now based in Boston, is blessed with limitless ideas as a soloist and possesses incredible endurance as a player. He was on fire on Golson’s “Blues After Dark.” But that was just a precursor for the night’s finest moment.

Allmark featured Antell on Sonny Stitt’s “The Eternal Triangle,” which Stitt recorded with Dizzy Gillespie and Sonny Rollins on Gillespie’s 1957 album “Sonny Side Up.” Allmark introduced that Antell spotlight by quipping “the rest of us are going to go home now and kill ourselves.” The other horn players exited the stage but were within earshot for what transpired.

With just the trio backing him, Antell launched into a seven-minutes-plus solo with wave upon wave of musical passion. It was reminiscent of tenor player Paul Gonsalves’ famous “Diminuendo and Crescendo in Blue” interlude on Duke Ellington’s career- reviving 1956 appearance at the Newport Jazz Festival.

Allmark will be back at The Met on August 7 with his big band, the John Allmark Jazz Orchestra.