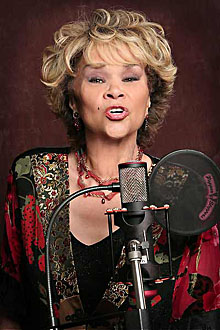 Newly assembled and affordably priced, this latest wave of titles will be available at the PopMarket.com website as well as at all general retail starting August 28th through Legacy Recordings, a division of SONY MUSIC ENTERTAINMENT.

As the dominant jazz record label for most of the 20th century, Columbia was home to a myriad of leading figures during the LP era, and into the digital age. Each multi-disc box set contains the artist’s entire album output during their original label tenure (Columbia, Epic, RCA, Arista, and so on), or focuses on some aspect of their output. Each album is packaged in a replica mini-LP sleeve reproducing that LP’s original front and back cover artwork. Where applicable, the albums in each box include the bonus tracks that have been released on the various Legacy expanded CD editions over the years. Booklets are included with each box set, containing new liner notes essays and complete discographical information, including any bonus material.

For example, THE COMPLETE PRIVATE MUSIC BLUES, ROCK ‘N’ SOUL ALBUMS COLLECTION from Etta James digs into the archive for its bonus disc, a live session recorded in San Francisco in 1981, and issued on Private Music in 1994. Previous box sets on Stan Getz, Dexter Gordon, the original Mahavishnu Orchestra, Woody Shaw, and Weather Report have all included bonus discs of non-album music, most of which was previously unreleased.

Virtually all of the CDs in these box sets have been remastered by Sony Senior Mastering Engineer Mark Wilder. He has received seven Grammy Award® nominations and 3 Grammy Awards® in his nearly 25 years at Sony. All of the jazz CDs in the Complete Album Collections are produced from the most up-to-date and best-sounding masters available.

The new titles in the series are as follows:

THE BRECKER BROTHERS - THE COMPLETE ARISTA ALBUMS COLLECTION (Arista/Legacy): Arista Records established itself as a quintessential New York label in January 1975, just a few months after going into business, when Clive Davis added one of the city’s most important homegrown jazz partnerships to the roster, starring Randy Brecker on trumpet (b. 1945) and Michael Brecker on tenor saxophone (1949-2007). The brothers were raised outside Philadephia and attended Indiana University before settling in New York to make their way as journeymen on the jazz circuit.

Individually, Randy came to prominence on the first Blood, Sweat, Drum + Bass LP on Columbia, Child Is Father To the Man (1967), then left the next year to pursue session work. Randy’s next major band was Dreams (on Columbia in 1970-71, featuring Billy Cobham and Will Lee), where he and Michael comprised the horn section with trombon­ist Barry Rogers. After a stint in Larry Coryell’s Eleventh House, Randy was finally rejoined by Michael for Brecker Brothers, which became a New York dynasty over the course of five solid studio LPs and one live album (Heavy Metal Be-Bop) at Arista between 1975 and 1981.

In person, the Brecker Brothers Band simply could not be beat, as heard on the Blue Montreux and Blue Montreux II festival recordings (of 1978, released ’79), “featuring a group of friends that was an offshoot of both the Brecker Bros. Band and Mike Mainieri’s White Elephant,” as Randy notes in his brief introduction to the package. “Those were productive years,” he continues. “We were playing on hundreds of sessions, plus doing our own thing...I think it influenced many who came after us, and much of this music is still relevant today. We lost Michael in January of 2007 but I know he would have been thrilled by this release. During this period he developed his style, which became emulated by thousands of other saxophonists.”

ETTA JAMES – THE COMPLETE PRIVATE MUSIC BLUES, ROCK ‘N’ SOUL ALBUMS COLLECTION (7 titles, 7 CDs; Private Music/RCA/Legacy): Born to teenage single mother Dorothy in Los Angeles, Jamesetta Hawkins (1938-2012) was in her late fifties when she began recording for Private Music, one of the most prolific and rewarding associations of her lifetime in music. The liner notes essay written by two-time Grammy Award®-winning producer and disc jockey Bob Porter painstakingly and authoritatively rolls out the arc of the singer’s life. Music was her calling, from her childhood on bustling Central Avenue to becoming principal soloist with the St. Paul Baptist Church’s choir, Echoes of Eden, to hearing Billie Holiday and many others at legendary local joints like Club Alabam.

A move to San Francisco led to the start of her first girl group, the Creolettes, and writing one of her first songs in 1954, the suggestive “Roll With Me, Henry,” her answer song to [Hank Ballard and] the Midnighters’ #1 R&B hit “Work With Me Annie.” That song brought her to the attention of R&B bandleader Johnny Otis, who changed her name to Etta James, and Modern Records, who changed her song title to “The Wallflower,” her first #1 R&B hit. Touring coast to coast with ‘the Otis Caravan,’ Etta was at the center of a blues and R&B vortex that was exploding in the 1950s, and led to Chicago’s Chess Records, where she spent 16 years (1960-76) recording at a steady, prolific pace. “All I Could Do Was Cry” (1960), Grammy® Hall Of Famer “At Last” (1961), and “Tell Mama” (1967) were among her more than two dozen chart singles at Chess, even as she battled a crushing heroin addiction. Into the late ’70s and ’80s, there were records for Atlantic, Elektra, Fantasy, and Island, until she finally landed at Private Music, the last longterm major label affiliation of her life, where Etta thrived as an award-winning jazz and blues vocalist par excellence.

The six albums in this box set focus on the blues-rockin’ side of Etta’s Private Music years, including the Grammy Award®-winning Let's Roll (Best Contemporary Blues Album of 2003) and Blues To The Bone (Best Traditional Blues Album of 2004). There is a wealth of music here, from her reunion with producer Barry Beckett on 1997’s Love's Been Rough On Me to the best-selling Life, Love And The Blues, with its bounty of songs by Willie Dixon, Albert King, Marvin Gaye, Al Green, Joe Tex and others. Matriarch Of The Blues explores material by Bob Dylan, The Rolling Stones, Otis Redding, Ray Charles, Creedence Clearwater Revival, and Leiber-Stoller’s “Hound Dog.”

Burnin' Down The House showcased the Roots Band of Mike Finnigan and David K. Matthews on another eclectic program (Dixon, Ellington, Randy Newman, B.B. King and so on). For good measure, the bonus disc rediscovers a live date in San Francisco, recorded in 1981, and released on Private Music in 1994. “And to think,” Porter’s notes conclude, “it all started when she was that chubby little girl with light skin and long curly hair singing with the Echoes Of Eden at St. Paul Baptist Church.”

SARAH VAUGHAN - THE COMPLETE COLUMBIA ALBUMS COLLECTION (4 titles, 4 CDs; Columbia/Legacy): The very top tier of America’s greatest (and most studied and copied) female jazz and blues vocalists of the 20th century is where Billie Holiday, Ella Fitzgerald and ‘Sassy’ Sarah Vaughan (1924-1990) are found. Born in Newark and raised in the church, Vaughan’s voice could have earned her a career on the classical stage. But popular music lured her to different stages, where big bands held sway under the leadership of Earl Hines and (later) Billy Eckstine, Vaughan’s lifelong mentor.

Early 78 rpm records on the old Musicraft label brought her to the attention of Columbia in January 1949, when the earliest session on After Hours With Sarah Vaughan took place, an orchestral date that Vaughan deftly transcended, her jazz chops taking over. The 1955 LP, “at the dawn of the long-playing era,” as popular vocal aficionado Will Friedwald’s notes remind, compiled material from Columbia dates in 1949, ’50, ’51, and ’52, conforming to a template of sorts, “consisting of well-known standards rendered in what jazz fans would have regarded as commercial settings.”

Thankfully, Vaughan also recorded with small jazz combos, most famously the two May 1950 dates which featured Miles Davis and trombonist Benny Green. Those dates (and two others with different orchestral lineups) were culled for Sarah Vaughan In Hi-Fi, her other 1955 Columbia LP, whose first four songs became a litany for every singer: “East Of The Sun (And West Of The Moon),” “Nice Work If You Can Get It,” “Come Rain Or Come Shine,” and “Mean To Me.” (The original 12-song LP turned into a 21-track CD in 1996, with the addition of “Ooh, What’cha Doin’ To Me” and eight alternate takes.)

Some three decades later in 1982, after her career had taken Vaughan to the moon and beyond, she was coaxed into a concert recording at the Dorothy Chandler Pavilion in Los Angeles, with Michael Tilson Thomas conducting the Los Angeles Philharmonic in a tribute to her favorite composers, George and Ira Gershwin. Abundance of riches would righteously describe Gershwin Live!, including the Porgy And Bess medley, two other medleys that cover nine songs, and other selections ranging from “Sweet And Low-Down” and “Fascinating Rhythm,” to ‘The Man I Love.”

Sarah Vaughan’s final LP under her own name, Brazilian Romance, marked her return to Columbia in 1987, for a concept album produced by Sergio Mendes and devoted (mostly) to the songs of Milton Nascimento (who joined her on vocals) and guitarist-arranger Dori Caymmi. A who’s who of jazz players were onboard, including soloists Hubert Laws, Tom Scott, and Ernie Watts. Friedwald notes, “there was still time to create some Sarah Vaughan classics, such as ‘Nothing Will Be As It Was’ and ‘Photograph.’ Most moving of all is album producer Sergio Mendes' ‘So Many Stars,’ truly one of the all-time great Vaughan love songs, thanks partly to an expert lyric by Alan and Marilyn Bergman.”