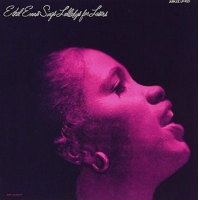 slideshow
When the 10-inch pop vinyl album expanded to 12 inches in the mid-1950s, the glory days of the vocalist began and lasted until roughly 1965. There were the A-list recording artists such as Nat King Cole, Frank Sinatra, Ella Fitzgerald, Peggy Lee, Billie Holiday, Margaret Whiting, Sarah Vaughan, Kay Starr, Dinah Washington, June Christy and many others who had started their careers during the big band era. But there also were dozens of other lesser known singers who had come up through nightclubs and suddenly found themselves with recording opportunities as labels scrambled to fill annual album quotas.

Among these special contemporary singers was Ethel Ennis, who had one of the most natural, intimate voices in the Sarah Vaughan tradition. Born in Baltimore in 1932, Ms. Ennis took piano lessons as a child thanks to money her mother scraped together playing piano and organ for local Pentecostal churches. As Geoffrey Himes wrote in the Washington Post in 1979: “[Ennis's mother] wouldn't allow jazz or blues records in the house. 'Late at night, though,' Ennis reveals, 'you could hear the blues coming up through the floor. The woman downstairs had all those good records.' “

Ms. Ennis recorded two albums for Capitol in the late 1950s before touring extensively with Benny Goodman. Then in the early 1960s she recorded four albums for RCA before taking another hiatus, returning to recording in the early 1970s and beyond. Among my favorites, however, is her first—Sings Lullabies for Losers. The album was recorded for the Jubilee label in late 1955 and featured accompaniment by Hank Jones (p), Eddie Briggs (g), Abie Baker (b) and Kenny Clarke (d).

Ms. Ennis's voice is absolutely beautiful and highly inventive, effortlessly circling notes and rising up or sliding down to the right ones with glossy fluidity. She was a pop singer in the best sense of the word—a hip stylist with perfect intonation and elegant phrasing. What made Ms. Ennis singular, especially on Sings Lullabies for Losers, are the numerous little- known songs chosen and how archly she nails them despite their difficulty. Songs such as Dreamer Dreamer, Blues Prelude, Off Shore, Casually, Lullaby for Losers and Bon Voyage are glorious ballads that you never hear today.

Ms. Ennis's approach on standards such as Love for Sale, Say It Ain't So Joe, You Better Go Now and I've Go You Under My Skin are equally deft and approached differently than you're used to hearing them. That's what I love most about Ms. Ennis's voice. It never goes where you expect it to, but it gets there eventually and the detour is pure bliss. And speaking of bliss, this quartet led by Hank Jones framed Ms. Ennis perfectly.

Best of all, Ms. Ennis is still with us.