Enter the "Shlomi Cohen - Breather" Giveaway at All About Jazz! 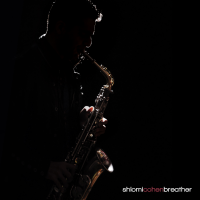 slideshow
All About Jazz members are invited to enter the “Shlomi Cohen - Breather“ download giveaway contest starting today. We'll select FIVE winners at the conclusion of the contest on February 4th.

(Becoming a fan of Shlomi Cohen at AAJ automatically enters you in the contest.)

Grammy-nominated saxophonist Shlomi Cohen, born in Tel Aviv, Israel, has had a multicultural musical education, based in part on his surroundings both in Tel Aviv and New York City, and also from his Moroccan and Yemeni heritage.

This mix of styles in his sound has made him a much sought-after saxophonist.

He is part of a special collaboration with Colombian Harpist Edmar Castaneda, bringing this incredible and unique form of music to the world.

As an integral part of the horn section Shlomi is playing with the Bernie Worrell Orchestra (founding member of Parliament-Funkadelic). Shlomi is based in New York City and regularly collaborates with various musical projects around the city and beyond...