Home » Jazz News » Emilia Vancini And Augusto Pirodda Album Release: "And If You...

Emilia Vancini And Augusto Pirodda Album Release: "And If You Fall, You Fall" 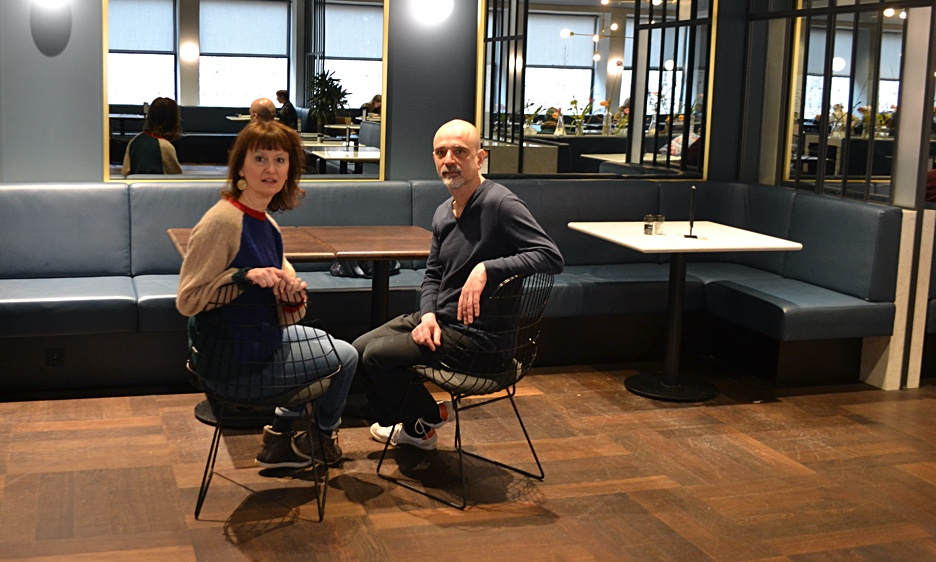 Vocal offerings like this are dangerous and uncommon, with the successful ones being most rare. This recording is such a diamond. Let's watch it sparkle.
&#151C. Michael Bailey, All About Jazz

Benelux-based duo Emilia Vancini (voice) and Augusto Pirodda (piano) released their album titled And if you fall, you fall on May 30th.

After a collaboration of more than a decade, the two Italian expat musicians entered the studio in July 2019 to record an album that is truly in the moment and captures the spontaneity of their approach to the standard jazz repertoire.

The album features a collection of jazz standards and is the result of nine hours of live studio recording, completed in three sessions over the course of seven months. For this album, the two decided to meet in the studio and record the jazz standards that they both know and love. While recording, the two performers discovered the freedom derived from not programming or arranging the songs beforehand, instead letting their musical intuition take the upper hand and allow the moment to determine the direction the music takes. The result, a compendium of improvised jazz standards performed by voice and piano that re-imagines the structure, harmony and melody of these beloved compositions.

Recorded in The Hague’s Happy Bird Studio, the album forces the mind to pause and embrace the intimacy of every note. Jan Veldman, senior writer at Jazz In Europe wrote when reviewing the album; “...all bets are off, Augusto and Emilia throw caution to the wind and cross every conventional stylistic boundary to create something beautiful and truly unique.” Both Emilia and Augusto bring each track up to date by injecting it with their own personality, nothing is sacred, not even the lyrics.

‘Just Friends’ is taken at a slow medium tempo and offers a unique singer’s perspective. Emilia’s own interpretation of the lyrics, and the feeling they create, adds a sorrowful twist on the regular upbeat swing format that is so often given to this song.

The album includes renditions of songs where the traditional melody is thrown out the window and the lyrics allowed to dictate the path as in “On The Sunny Side Of The Street" while others are given a more musical theatrical reading as in “If I Were A Bell." This album is not the traditional vocal recording where the pianist fulfils an accompanying role. Throughout the album Pirodda interjects in the conversation, often steering the melody in the most unexpected directions including using his instrument in non-traditional ways as in Thelonious Monk's “Ruby My Dear,"

With And if you fall, you fall traditional form becomes irrelevant and yet, this album is not a “free Jazz" album, melody always takes the upper hand. This album is a document of two highly creative musicians musing on familiar repertoire. It's consistently on the edge and the results are surprising.