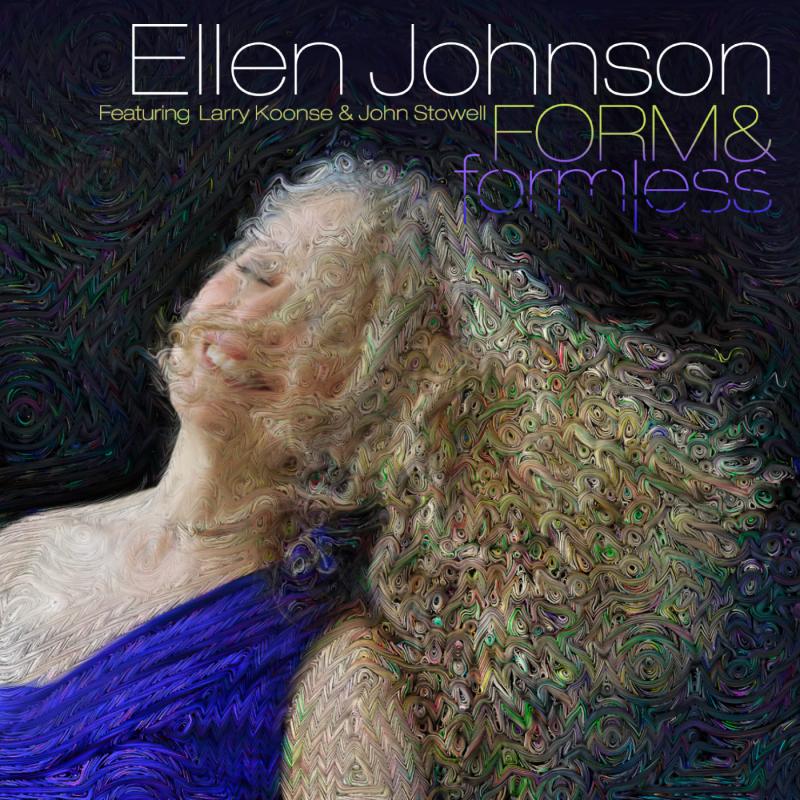 slideshow
“So much of life, like music, is the art of listening and responding,” said west coast vocalist Ellen Johnson about her conceptual new recording, Form & formless, slated for release by Vocal Visions Records on June 9, 2015. Most singers are not comfortable with having to create a song on the spot, out of nothing, but not Johnson. She has made improvising a major part of her vocal expression studying avant- garde music, sitting in horn sections as the only vocalist in her formative jazz years, and by being hand selected by Bobby McFerrin to workshop his Voicestra group.

“I love the challenge of free improvisation so having the opportunity to be supported by two amazing guitarists who are at home in this element made the project an absolute delight.” Assisted by guitar virtuosos, Larry Koonse and John Stowell, each duet shapes a tapestry of colors allowing sounds to flow freely, strings to vibrate without designated direction and common ground to be found in the interpretations of the musicians.

Half of the recording was created from free improvisations that Johnson calls the “formless” way, taken from a poem by Lao Tzu referring to the way of life. The other half, primarily duets with Koonse, are composed songs based on “form” written by jazz heavyweights like, John Coltrane, Thelonoius Monk, Charles Mingus and Sonny Rollins including a haunting impromptu trumpet solo by Nolan Shaheed on “Round Midnight” with lyrics by Babs Gonzales.

“All the free improvisations were invented in the moment with no preconceived ideas, overdubs or special effects and all, except one, were imagined with my long time musical friend John Stowell. I used my voice along with the guitar to create a soundscape often producing vocal sounds that appeared otherworldly.”

Johnson’s devotion to the jazz world spans more three decades as a professional jazz recording artist, educator, songwriter, lyricist, author, and publicist. She has performed, recorded and studied with many exceptional musicians that include Charles McPherson, Louie Bellson, Sheila Jordan, Don Braden, John Clayton and recently completed the biography Jazz Child: Portrait of Sheila Jordan published by Rowman and Littlefield. Johnson believes the basis of innovation is the ability to create something out of nothing or transform something into our own vision and Form & formless is Johnson’s musical testament.

According to jazz journalist and historian Bruce Crowther, “Many musicians touch the heart or the mind or the soul, some reach out to more than one of these, only a few appeal to all. With her new album, Ellen Johnson is clearly one of these select few.”