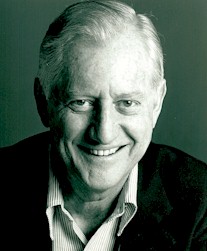 slideshow
Eddie Higgins died on August 31st of lung cancer. Those who knew him called him by his given name, Haydn. He was a pianist of uncommon sensitivity, taste, subtlety and adaptability. He was equally accomplished and enthusiastic working with singers (his wife is Meredith d'Ambrosio), traditional bands (he unabashedly enjoyed the Sacramento Jazz Jubilee) and fiery young bebop lions (he wrote “Expoobident" for Lee Morgan and played on Morgan's album of that name).

His admirer and sometime colleague Ben Riley, the drummer, said, “Eddie Higgins is on the same level of excellence as Hank Jones, Tommy Flanagan and the other grand masters of modern jazz piano." There is evidence on this CD with Riley and bassist Ray Drummond. Higgins worked about as much as he wished to, but was less well known in the United States than in Japan, where American jazz pianists are adored and Higgins had special standing. The Japanese summoned him frequently for tours and he recorded prolifically for the Japanese market. Some of the CDs he made for the Venus label are becoming available in the US; see this item in Doug's Picks.

There is surprisingly little of Higgins on video. This clip from the 2007 Sacramento festival gives an idea of his quiet, engaging ways and an appreciation of the harmonic life he breathed into everything he played.