Eddie Daniels, with Roger Kellaway - Live at the Library of Congress (2012) 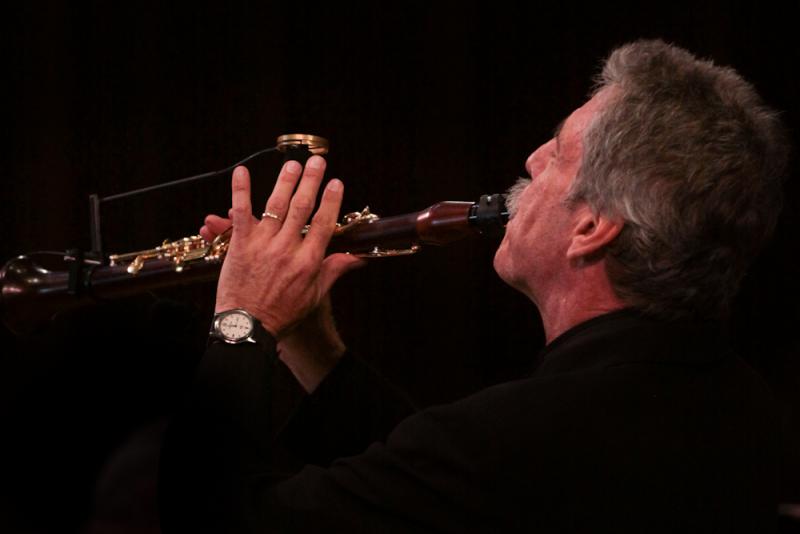 Making good on 2009's pleasant and compulsively listenable Duet of One, the two charge into the evening with an explorative, polyrhythmic remake of Gershwin's “Strike Up The Band," stretching it out into an eight-minute rumination. Later, Daniels (a founding member of the Thad Jones-Mel Lewis Orchestra) and Kellaway (Al Cohn and Zoot Sims, Clark Terry, Bob Brookmeyer, Ben Webster, Wes Montgomery and Sonny Rollins) offer a sighing, very emotional take on “Somewhere" from Broadway's “West Side Story," as well as new versions of Monk's “Rhythm-a-ning," Sondheim's “Pretty Women" and the traditional standard “America the Beautiful" ... which sounds, dare I say it, a little funky. I was drawn further in by the project's original compositions—principally from Kellaway, though “Pretty Woman" is combined with Daniels' atmospheric “Etude of a Woman." The pianist's witty “Capriccio Twilight" possesses what can only be called an undulating swing, while the album-closing “50 State Rambler" is marked by a sharp-edged modernity.