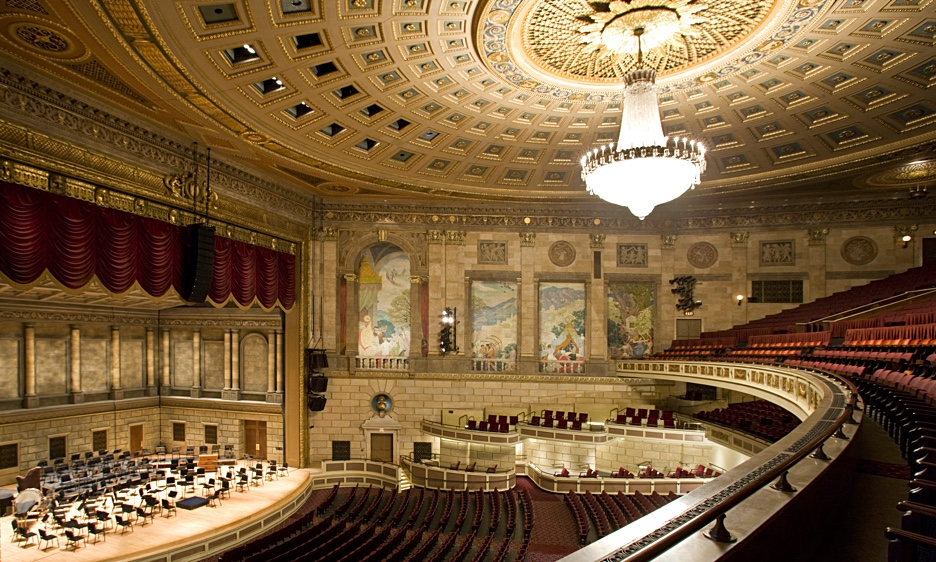 SOURCE: ALL ABOUT JAZZ
October 13, 2021
Sign in to view read count
The Eastman School of Music, of the University of Rochester, is proud to announce three major festivals, multiple national academic conferences, and several artists-in-residencies during its three-semester-long centennial celebration. Beginning in fall 2021 and continuing throughout 2022, Eastman will feature numerous performances by world-renowned artists—including composers, vocalists, instrumentalists, and quartets—both alongside student groups and as part of residencies, masterclasses, conferences, and festivals.

In addition, the Eastman Centennial celebration will include acclaimed guest artists performing alongside Eastman’s ensembles; alumni events throughout the country; a documentary being produced in partnership with WXXI, and more. For up-to-date information on the Eastman Centennial Celebration, including feature stories, future events, videos, testimonials, ways to engage, and more, please visit our Centennial website.

About Eastman School of Music

The Eastman School of Music was founded in 1921 by industrialist and philanthropist George Eastman (1854-1932), founder of Eastman Kodak Company. It was the first professional school of the University of Rochester. Mr. Eastman’s dream was that his school would provide a broad education in the liberal arts as well as superb musical training.

More than 900 students are enrolled in the Collegiate Division of the Eastman School of Music—about 500 undergraduates and 400 graduate students. They come from almost every state, and approximately 23 percent are from other countries. They are taught by a faculty comprised of more than 130 highly regarded performers, composers, conductors, scholars, and educators. They are Pulitzer Prize winners, Grammy winners, Emmy winners, Guggenheim fellows, ASCAP Award recipients, published authors, recording artists, and acclaimed musicians who have performed in the world’s greatest concert halls. Each year, Eastman’s students, faculty members, and guest artists present more than 900 concerts to the Rochester community. Additionally, more than 1,700 members of the Rochester community, from young children through senior citizens, are enrolled in the Eastman Community Music School.

About the University of Rochester

The University of Rochester is one of the nation’s leading private research universities, one of only 62-member institutions in the Association of American Universities. Located in Rochester, N.Y., the University gives undergraduates exceptional opportunities for interdisciplinary study and close collaboration with faculty through its unique cluster-based curriculum. Its College, School of Arts and Sciences, and Hajim School of Engineering and Applied Sciences are complemented by the Eastman School of Music, Simon School of Business, Warner School of Education, Laboratory for Laser Energetics, School of Medicine and Dentistry, School of Nursing, Eastman Institute for Oral Health, and the Memorial Art Gallery.