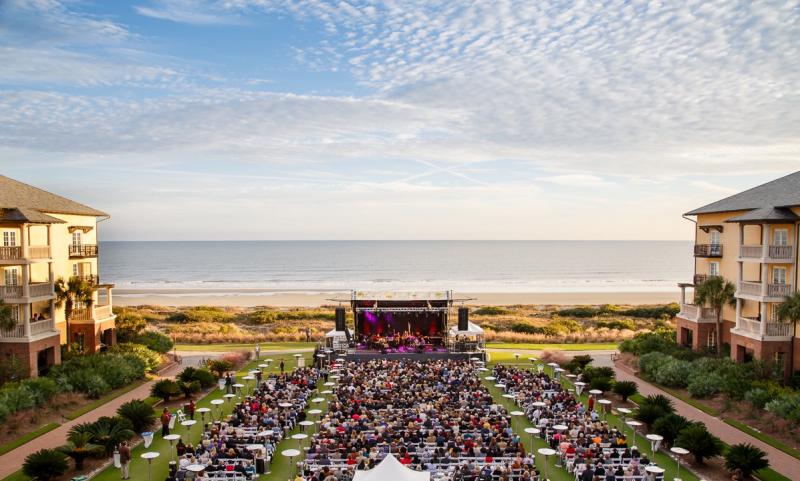 Since 2004, GRAMMY-winning guitarist Earl Klugh has been bringing world-renowned artists together with jazz enthusiasts for his one-of-a-kind musically-driven lifestyle getaways. His Weekend of Jazz is now held at two Forbes Five-Star, AAA Five-Diamond properties each year; The Broadmoor in Colorado Springs, and The Sanctuary at Kiawah Island, South Carolina.

2-Night Packages start at $242* per person/per night in the Villas.

3-Night Packages and Sanctuary Rooms are currently sold out with wait list availability. To inquire, please call 800-654-2924. All two & three-night package guests will be automatically entered to win a VIP dinner with Earl Klugh at the event.

Call Kiawah Island Golf Resort at 800-654-2924 to reserve your 2-night Weekend of Jazz package today, or visit our website for more details.

GRAMMY-winning guitarist Earl Klugh’s career of more than four decades includes over 200 compositions, more than 30 full-length albums, hosting and producing his own events, work in film and numerous world tours. Klugh’s work earned him a GRAMMY award for One On One with Bob James, plus 13 career Grammy nominations. The latest nomination is for his current release, HandPicked, which also debuted at #1 on the Billboard Contemporary Jazz Albums Chart. Klugh has been hailed by The New York Times,“…a guitarist with impeccable technique” and is looking forward to his fifth annual Weekend of Jazz at Kiawah Island. “I am so happy to be back again with a great lineup of artists and friends!,” says Klugh. “I hope you will join us in November for a great Weekend of Jazz!”

Located just south of Charleston, South Carolina, along 10 miles of pristine beach, Kiawah Island Golf Resort was recently named the No. 1 golf resort on the U.S. Mainland by readers of the prestigious Conde Nast Traveler magazine. The publication also named Kiawah as the No. 3 overall resort on the U.S. Mainland. Tennis magazine named it the No. 3 tennis resort in the U.S. Kiawah Island is also known as one of the top eco-friendly resorts in the U.S., and its beach was named one of the 10 best beaches in America by famed “beachologist,” Dr. Stephen Leatherman, aka Dr. Beach. It includes The Sanctuary – a AAA Five Diamond and Forbes Five Star-rated, 255-room hotel and spa – and 600 private villas and luxury homes. The resort has five championship golf courses, including The Ocean Course – host of the 1991 Ryder Cup, the 2007 Senior PGA and 2012 PGA Championship.