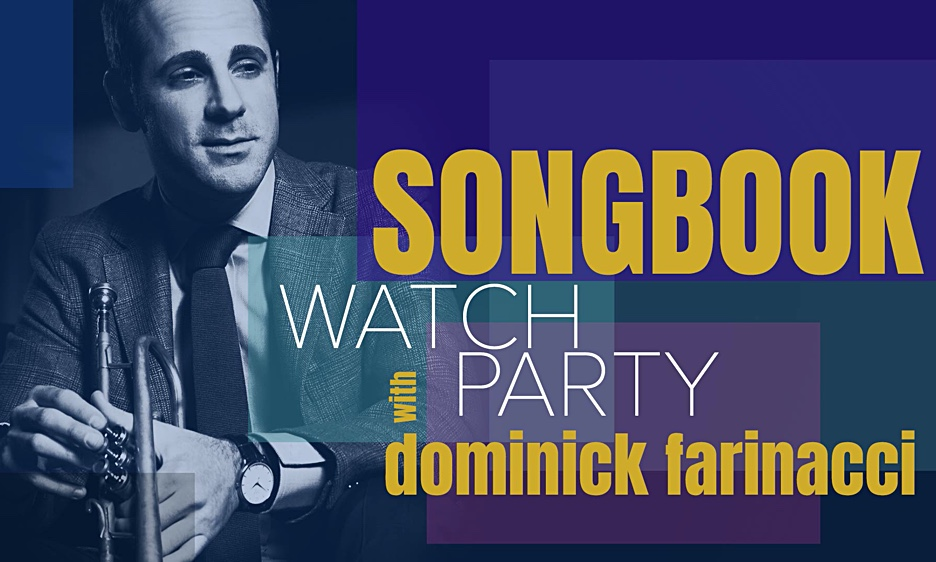 “The goal of Songbook Watch Party,” states Farinacci, “is simple: to generate income for the artists, and to create for the audience that sound of surprise and fun that is a cornerstone of hearing and meeting musicians live. I see this as a long-term strategy to keep that connection alive on a consistent, dependable basis.”

The Songbook Watch Party soft launch during Jazz Appreciation Month was designed to implement an exclusive paid-only ticketing model to develop and refine the show for a select audience. It generated income for 17 artists, the production team, engineers, graphic designers, video editors, marketing and covered other development costs. Farinacci goes on to say, “In the performing arts world, the ripple effects of the current situation will last years beyond stay-at-home mandates. This series is the result of taking a long view of what it’s going to take for this community that I love to sustain itself financially and spiritually.”

Tri-C JazzFest Cleveland’s mission of providing high-quality and unique content that is accessible to all has allowed Songbook Watch Party reach wider audiences. The sustainability of this series depends on contributions from individual viewers and sponsorships.

“This series, which is singular in my experience, is yet another example of what makes Dominick Farinacci unique in the music world today. He has managed to blend artistic content with something that reaches out to anyone who loves music and the people who make it,” states Loren Schoenberg, founder of the National Jazz Museum in Harlem. “Perhaps the most significant thing about this series is that it is one of the first serious attempts to create a viable income stream for artists who have suddenly lost everything.”

Sign up to enjoy the Songbook Watch Party Performances.

Trumpeter and Mack Avenue Recording artist, Dominick Farinacci graduated from The Juilliard School in 2005, launching his career in Japan with a prolific run of eight albums, later releasing four more globally. He has performed in more than 120 cities in 14 countries around the world and was featured on on ABC’s Good Morning America. He gave a TED Talk in 2014 at the John F. Kennedy Center for Performing Arts, and has served as Ambassador to Jazz at Lincoln Center in Qatar from 2013- 2015, working to further integrate music into communities around the world in culturally collaborative ways.

Dominick has been successful in bringing music into new communities through Arts and Wellness and Education. He created Modern Warrior LIVE with US Army Veteran Jaymes Poling, a theatrical touring production that works to heighten awareness around PTSD and the potential for growth through traumatic experiences. MWL has recently been showcased at Amazon Headquarters and at the National Council for Behavioral Health. He is a featured performer for the Cleveland Clinic in both Ohio and Abu Dhabi and organized the very first jazz performance for patients in Abu Dhabi in collaboration with the Cleveland Clinic and the Abu Dhabi Music and Arts Foundation. Dominick has been a leading advocate in music and education development, and is the Director of the Tri-C JazzFest Academy, a pre-college jazz program, at the Gill and Tommy LiPuma Center for Creative Arts at Cuyahoga Community College in Cleveland, Ohio.