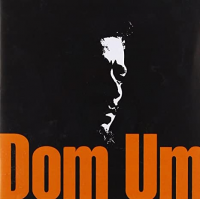 Dom Um Romão is probably best known as the percussionist who replaced Airto Moreira in the fusion band Weather Report from 1972 to '74. If you read my post last week that featured video clips of singer Astrud Gilberto, you probably remember this one, featuring Dom Um Romão on drums.

Dom Um Romão was born in Rio de Janeiro in 1925 and began playing in Rio ballrooms and cabarets in the 1940s. He was then hired by Rádio Tupi’s orchestra. In the 1950s, he led the Copa Trio and appeared on Elizete Cardoso’s album Canção do Amor Demais, one of the first Brazilian bossa nova albums recorded in 1958. It featured the music of Antonio Carlos Jobim and the guitar of João Gilberto.

While playing in Sergio Mendes's group in Rio, Romão was discovered by Herbie Mann, who recorded with him on Herbie Mann With Sergio Mendes Bossa Nova Rio Group in 1962. He came to the U.S. in November 1962 to perform with Mendes at the famous Carnegie Hall bossa nova concert. Cannonball Adderley used him on his Cannonball's Bossa Nova album for Capitol in December. After he returned to Brazil, where he recorded with Eumir Deodato, Romão returned to the States in 1965 and recorded with Esther Philips in December.

His big break came in 1967, when Antonio Carlos Jobim brought him into the recording session for Francis Albert Sinatra & Antonio Carlos Jobim (Reprise) in February. Next came Beach Samba with Astrud Gilberto, and a series of albums with Jobim, starting in '67 with Wave and solo trombonist Urbie Green. In 1970, he recorded on A Bad Donato and soon became a fusion session percussionist. He recorded steadily as a leader in Brazil and as a sideman in the U.S. through the 1990s.

But if you start at the beginning, Romão's first album as a leader was Dom Um. Recorded in 1964 in Rio for the Phillips label, the Brazilian big band assembled for the bossa nova album was arranged by Cipó, Meirelles and Paulo Moura Waltel Branco. Listen carefully to what Romão's is doing on percussion. He had a fascinating touch. Busy and intricate, but hushed.