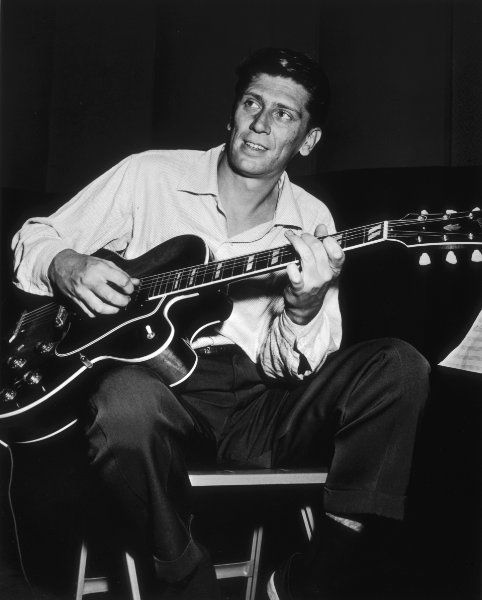 slideshow
Self-taught, guitarist Tal Farlow was what's known as a big player. Influenced by Bud Powell, he could cover a great deal of ground on the neck of his electric guitar with his large hands. When he began recording as a leader in April 1954 for Blue Note, he had already been recording as a sideman for nine years. Two of those years were spent as a member of the Red Norvo Trio, with Norvo on vibes and Charles Mingus on bass. In June of '54, Norman Granz signed Farlow to Norgran and then Verve. Farlow recorded nine albums in all for the label, the last being in 1959. Then he stopped recording in the studio for nine years.

During that period, he retired to Sea Bright, N.J., with his wife and resumed his sign-painting business. Like many jazz musicians, the soft-spoken Farlow had developed a highly skilled craft with his hands. This was true of Hal McKusick and woodworking and Milt Hinton with photography. Though he played locally and at the Newport Jazz Festival in the summers, Farlow didn't resume studio work until a Prestige date in 1969, aptly titled The Return of Tal Farlow. Assorted studio sessions followed, mostly for Concord. He died in 1998.

In 1981, director Lorenzo DeStefano released Talmage Farlow: A Film. Here's the film in its entirety.