Dianne Reeves At Mahaiwe On October 19 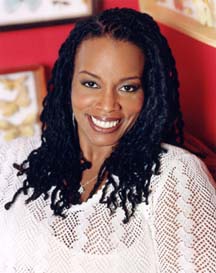 The concert will feature selections from her new album, Beautiful Life, which showcases her sublime gifts by melding elements of R&B, Latin, and pop within the framework of 21st century jazz. “At its essence,” says Reeves, “Life is beautiful and I wanted to celebrate that which is too often overlooked.” The album includes singularly memorable covers of Bob Marley’s “Waiting in Vain,” Fleetwood Mac’s “Dreams,” Marvin Gaye’s “I Want You” and Ani DiFranco’s self-empowering “32 Flavors,” along with a range of emotionally volcanic new songs.

Reeves has recorded and extensively performed with the Lincoln Center Jazz Orchestra and Wynton Marsalis, as well as with the Chicago Symphony Orchestra and the Berlin Philharmonic. In addition, she was the first Creative Chair for Jazz for the Los Angeles Philharmonic and the first singer to ever perform at the famed Walt Disney Concert Hall. Reeves appeared throughout George Clooney’s award winning Good Night and Good Luck and performed every song on the Grammy-winning soundtrack. More recently, she has toured the world in a variety of contexts, including a program entitled Sing the Truth, a musical celebration of Nina Simone in which Liz Wright and Angelique Kidjo were also featured.

Tickets are $32 to $82. A limited number of $15 tickets are available for patrons ages 30 and younger through the Mahaiwe ArtSmart Tix program, sponsored by Greylock Federal Credit Union. The Mahaiwe is located at 14 Castle Street in Great Barrington, Massachusetts. Box office hours are Wednesday through Saturday from noon to 6:00pm and three hours before show times. For tickets and information, see mahaiwe.org or call 413.528.0100.

Located in downtown Great Barrington, Massachusetts, the Mahaiwe Performing Arts Center is the year-round presenter of world-class music, dance, theater, classic films, “Live in HD” broadcasts, and arts education programs for the southern Berkshires and neighboring regions. The intimate jewel box of a theater opened in 1905 and has been in continuous operation for over 100 years. In 2005, the theater experienced a renaissance as a beautifully restored 681-seat venue to offer a broad range of cultural and community events. Today’s “Mahaiwe Mix” of diverse, high quality programming strives to provide meaningful, memorable entertainment for all ages and interests.