SOURCE: ALL ABOUT JAZZ
September 19, 2014
Sign in to view read count 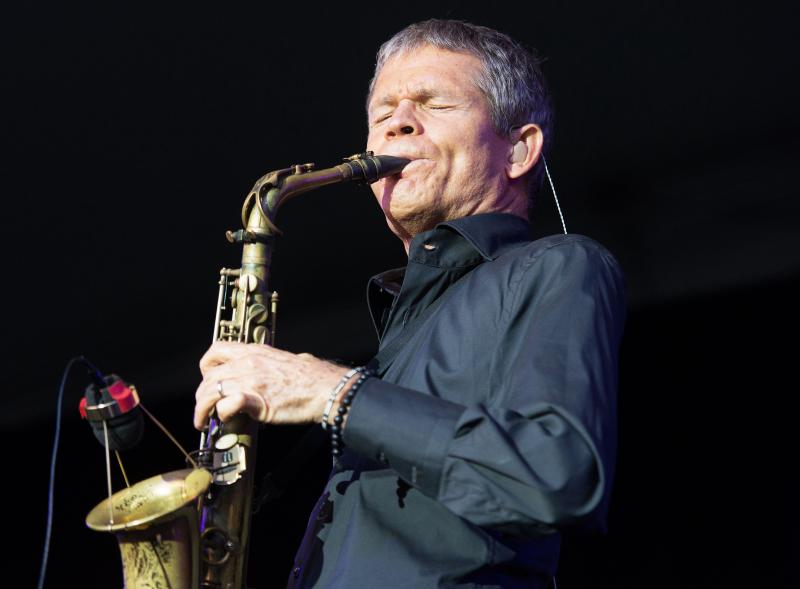 slideshow
The Limerick Jazz Festival returns for another eagerly anticipated edition between September 25th and 28th. For its third edition the LJF has upped the stakes by bringing in some big names, not the least of which are Belfast’s legendary Van Morrison, American saxophonist David Sanborn and English saxophonist Julian Siegel.

The festival opens at 8pm on Thursday 25th with the sold out concert of Van the Man at the University College Hall. There’s nothing to say that hasn’t already been said about this legendary singer, whose career started in Belfast some fifty years ago. In recent years Van Morrison has played with greater frequency at home and this is a wonderful opportunity for lucky ticket holders to see this purveyor of Celtic soul, jazz, blues and R&B in an intimate setting.

Van Morrison’s most recent studio recording of new material, Born to Sing: No Plan B (Blue note Records, 2012) found the singer in excellent form but fans can expect a few old chestnuts as well. As always, Van will be close enough for jazz. Repeat: this concert is sold out but check for returns.

Friday 26th sees two concerts. First up is the Dublin City Jazz Orchestra featuring conductor Pete Churchill, vocalists Tina May and Cleveland Watkiss and tap dancer Maurice Chestnut. Closing the evening is Irelands’ greatest blues guitarist, Nigel Mooney at the head of a star-studded septet of some of Ireland’s finest musicians. Guesting with the band is saxophonist Julien Siegel in what promises to be an exciting, blues-drenched gig.

There’s something for all ages and tastes on Saturday 28th, beginning at 10am with the children’s show Ruiti’s Stomping in the Woods. There are gigs galore in the afternoon, with The Mysterious Mr. Valentine at The Hunt Museum and Blue Monk Quartet at the Limerick City Gallery – both gigs kick off at 1pm.

At 2pm Julien Siegel will give a masterclass in the Hunt Museum – an unmissable diary date for music students or anyone curious to see what makes a top class musician tick.

Keep an eye out too for various free gigs on the streets of Limerick throughout the afternoon.

At 8pm David Sanborn’s trio featuring former Miles Davis Hammond organ maestro Joey DeFrancesco, and drummer Byron Landham will give what promises to be an electrifying performance at the Lime Tree Theatre. The great Sanborn has played with everybody from blues legend Albert King to rock stars such as David Bowie and The Rolling Stones. There are few more exciting and soulful saxophonists anywhere. Book early to avoid disappointment.

The Limerick Jazz Festival closes on Sunday 28 with the traditional afternoon concert. The Crisis Big Band have the honor of closing the festival in the Pegasus Room of the Clarion Hotel. The Galway Youth Big Band are special guests and it’s highly likely that a few surprise guests will pop up on what is always a highly entertaining and highly charged afternoon of fun and great jazz.

For jazz, there’s only one place to be in Ireland on the last weekend of September and that’s at the 3rd Limerick Jazz Festival. Where else?