Termed, 'a prominent guitarist,' by the New York Times and praised by The Washington Post for his 'astonishingly florid' improvisations, David Rogers presents an evening of solo guitar music with strong leanings towards jazz, world, folk and classical music. 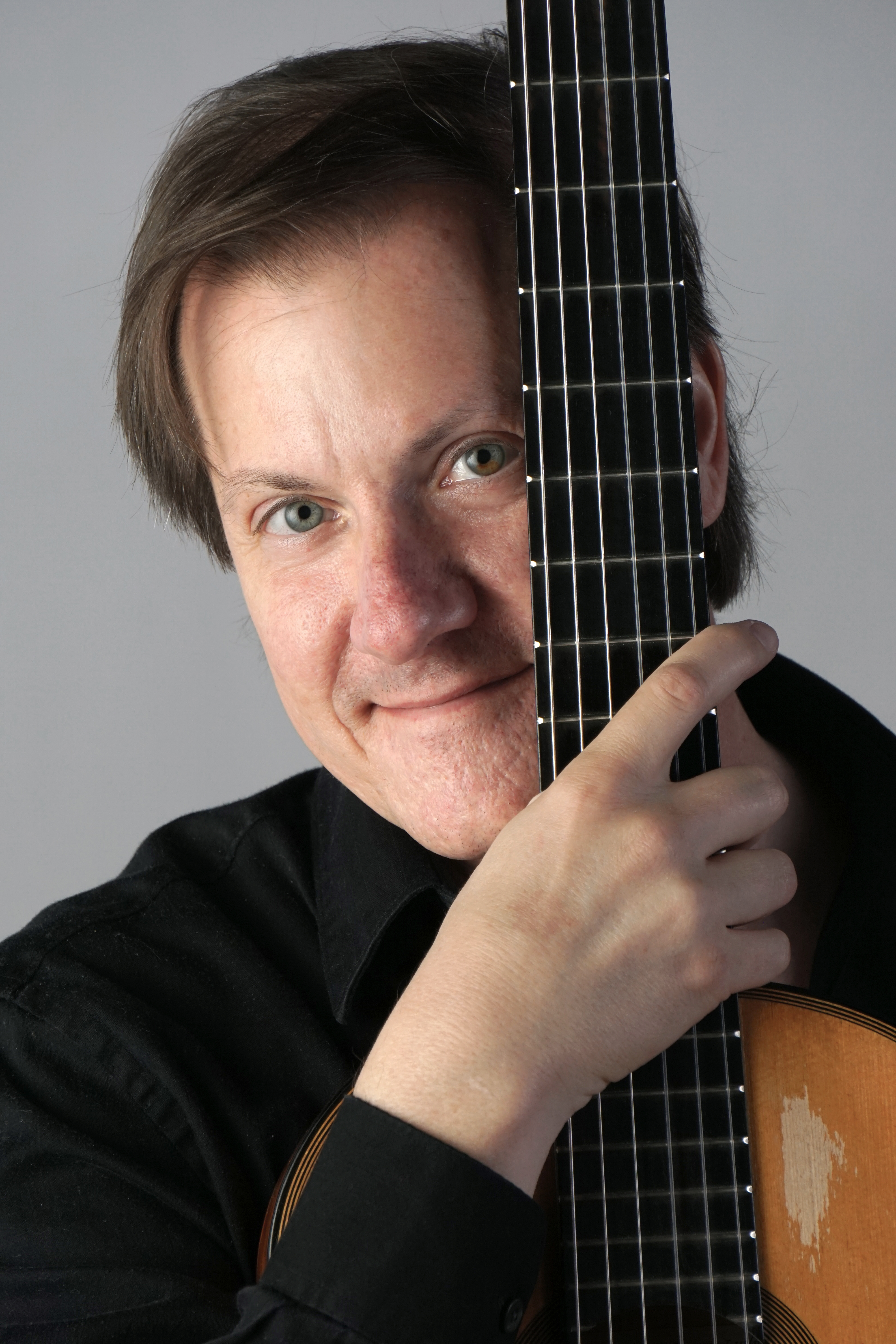 Termed, “a prominent guitarist," by the New York Times and praised by The Washington Post for his “astonishingly florid" improvisations, David Rogers presents an evening of solo guitar music with strong leanings towards jazz, world, folk and classical music. An endorsing artist for GHS Strings, his music has been featured in major guitar magazines such as Fingerstyle Guitar in the United States and Akustic Gitarre, in Germany. His solo and ensemble performances have been broadcast on American National Public Radio and Bayrische Rundfunk.

As lead guitarist with the Terra Nova Consort, David has toured North America and Europe extensively and opened the Tage Alter und Neuer Musik Regensburg 2003 Festival with the ensemble. His performances have been broadcast on American National Public Radio and Bayrische Rundfunk, including both the nationally syndicated Performance Today (live performance/interview in Washington D.C. NPR studio 4A) and Harmonia programs.

David has recorded for Dorian, Callisto and Focus Recordings. He has given recitals and conducted master classes throughout North America, including performances and classes at the San Francisco Conservatory and the University of Southern California and The Interlochen National Arts Camp.

David was the guitarist for the Oregon Shakespeare Festival for 18 years and taught at Southern Oregon University for 13 years. David has studied historical plucked strings with Hopkinson Smith and Eugen Dombois at the Schola Cantorum Basiliensis in Basel, Switzerland; with Thomas Binkley at Indiana University; and with Lyle Nordstrom at Oakland University. He has studied guitar with Joseph Fava at Wayne State University.

“Playing the vihuela (a guitar relative), David Rogers held everything together with a few poignant plucks, vigorous strumming and the occasional astonishingly florid solo.” —The Washington Post

“Music to listen to, be amazed by, and to dream upon.”—Akustik Gitarre

“David Rogers played his vihuela (a 16th-century precursor to the guitar) not in the tasteful, restrained way of early music groups, but like a lead guitarist in a rock band. He laced the likes of 'De el pobo' with improvised, speedy solos way up into the wailing region of the fingerboard."—Milwaukee Journal Sentinel