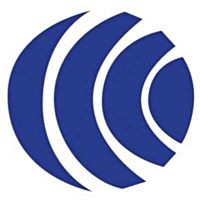 Cumulus Media, the third biggest owner of U.S. broadcast radio stations,as well as Westwood One, has filed for Chapter 11 Bankruptcy protection. Top broadcast radio owner iHeartMedia has also been on the brink of insolvency for more than year.

Broadcast radio may not be dead, but it certainly is on life support.

Cumulus Media has filed for Chapter 11 Bankruptcy protection, as it struggles with $2.4 billion in debt. Cumulus was delisted from the NASDAQ last week, and earlier this month defaulted on a $24 million debt payment.

The radio group says that it has reached agreement with 69% of its loan holders, so far. If the agreed to the restructuring will reduce its debt load by more than $1 billion.

Cumulus Media, and its subsidiaries Westwood One, Cumulus Broadcasting and Cumulus Licensing  Broadcast Software International and is the third largest owner and operator of AM and FM radio stations in the United States behind iHeartMedia, Inc. Cumulus owns 446 stations in 90 markets.

As mid-morning morning Cumulus stock was down 45% in the over the counter market, falling to $.085 per share.