Culture Project Presents the Cat Who Went to Heaven, Captivating Jazz Puppet Show at the Harlem School of the Arts with Music and Lyrics by Nancy Harrow 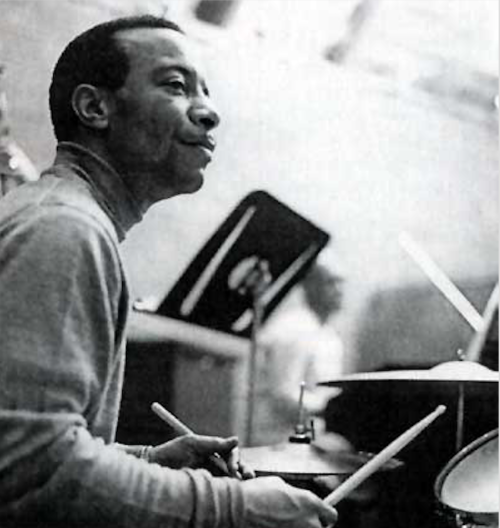 New York, NY — Culture Project (Allan Buchman, Artistic Director), who brought to the stage the successful, seven season run of the children’s show Maya the Bee, has announced a special, six-performance run of the acclaimed children’s jazz puppet show The Cat Who Went to Heaven at The Harlem School of the Arts Theater (647 St. Nicholas Avenue @141st Street). Directed by Will Pomerantz, with music and lyrics by Nancy Harrow (creator of the Maya the Bee production), this delightful show is based on the 1931 Newbery Award-winning children’s book by Elizabeth Coatsworth.

The Cat Who Went to Heaven features notable instrumentalists Clark Terry, Kenny Barron, Frank Wess and the voice of Grady Tate. The delightful tale is about the intertwined fates of a struggling Japanese artist, his housekeeper, a Buddhist priest from the local temple and an inspirational cat named Good Fortune. The story’s timeless message of compassion for all beings resonates with people of all ages.

The Cat Who Went to Heaven brings together contemporary jazz and the traditional Japanese art of “Bunraku” puppetry. The full cast includes the singing voices of Ms. Harrow (as the title cat), Grady Tate (as the Artist), Anton Krukowski and Daryl Sherman, with Kameron Steele as the narrator. The puppeteers include Matt Brooks (as the Artist), Melissa Creighton (as the Cat), with Anna Sobel, Lara MacLean, Kate Katz and Eric Wright.

“The show is a perfect introduction to jazz for children,” said Allan Buchman, Artistic Director, Culture Project. “For more seasoned jazz lovers, the show is an opportunity to enjoy Harrow’s beautiful score while soaking in the visual feast of Japanese Bunraku Puppetry.”

The six performances will take place at The Harlem School of the Arts Theater, 647 St. Nicholas Avenue between West 145th and 141st Streets, New York, NY 10030 as follows:

Suggested donation is $10. For more information, visit cultureproject.org or harlemschoolofthearts.org. Reservations can be made at 212-479-0829.

The Cat Who Went to Heaven CD was released in 2005 to rave reviews. The show is recommended for adults of all ages and for children age six and up.

Nancy Harrow, jazz singer, songwriter, has recorded 15 CDs, the last 5 of which were her own inventions based on literary subjects – a Willa Cather novel (titled The Lost Lady, this record was dubbed one of the best jazz albums of the year by both the Village Voice and Boston Globe), a novel by Nathaniel Hawthorne, songs based on the life of F. Scott Fitzgerald, and two CDs based on children’s stories – The Adventures of Maya the Bee, by Waldemar Bonsels, and The Cat Who Went to Heaven, by Elizabeth Coatsworth. The Fitzgerald project is planned for an opening off-Broadway in February 2010.

Will Pomerantz directs new plays, musicals, and classical texts in New York as well as regionally and internationally. Previously, Will has worked with Nancy on The Marble Faun (based on the novel by Nathaniel Hawthorne) and the beloved Maya the Bee (based on the book by Waldemar Bonsels). Will is currently producing the reading of Nancy Harrow’s latest opus, My Swan: The Passions of F. Scott Fitzgerald.

Culture Project is dedicated to addressing critical human rights issues by creating and supporting artistic work that amplifies marginalized voices. By fostering innovative collaboration between human rights organizations and theatre, music and film artists, we aim to inspire and impact public dialogue and policy, encouraging democratic participation in the most urgent matters of our time.

The Harlem School of the Arts has, since 1964, offered children and young adults the freedom to discover the artist within them through instruction in dance, music, theater and the visual arts. HSA’s programs recognize the intrinsic value of the arts in everyday life, and the ways in which arts education enhances academic achievement. Every day, HSA helps young people to develop into self-reliant adults by developing self-confidence, discipline and their love of the arts. HSA is committed to meeting the challenges of the 21st century by providing access to new arts education methodologies and cutting-edge technology in today’s information-driven global society. Through HSA’s numerous partnerships and artists-in-residence, the School is a cultural destination, serving all ages and interests.