WHO ATE THE PIE? offers children an interactive way to learn to recognize animals by the geometrical shapes of their footprints and by the sound each animal makes.
&#151Elio Villafranca 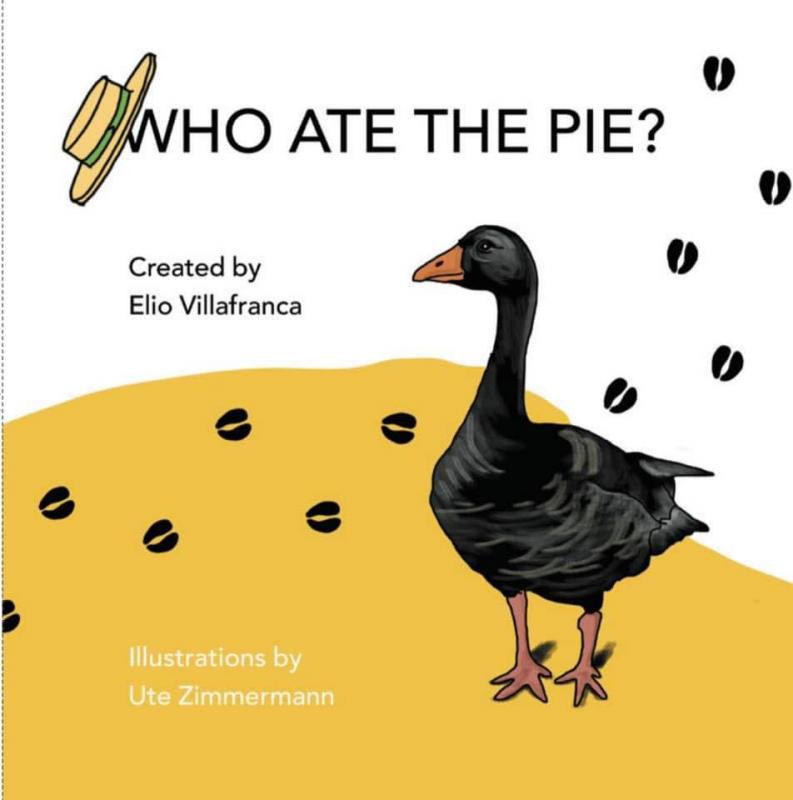 slideshow
Two-time Grammy Nominated pianist and composer Elio Villafranca has expanded his creative universe to become an author with the release of his first Children’s Book WHO ATE THE PIE?

WHO ATE THE PIE? offers children an interactive way to learn to recognize animals by the geometrical shapes of their footprints and by the sound each animal makes. Who Ate the Pie? is a fun, engaging, educational, and beautifully illustrated book, where young children and their parents are invited to join an important mission: find a lost pie for Mr. Goose. Illustrations by Ute Zimmermann. ﻿ This first children’s book by Cuban jazz pianist, Elio Villafranca, is bound to capture the heart of readers of all ages.

This Friday, October 23rd, Elio will be performing with his quartet at The Lincoln Center for the Performing Arts campus. He will be doing a book signing there. The concert starts at 7pm and will include a selection of his original compositions plus a world premiere performance of the piece he wrote for the Jazz Coalition Commission. The quartet includes: Elio Villafranca (piano), Roxy Coss (saxophone), Peter Slavov (bass) and Francisco Mela (drums).

Born in the Pinar del Río province of Cuba, Steinway Artist, Grammy Nominated, and 2014 Jazz at Lincoln Center Millennium Swing Award! In 2019 he was nominated for a Grammy as “Best Latin Jazz Album" for Cinque.

Since his arrival in the U.S. in mid 1995, Elio Villafranca is at the forefront of the latest generation of remarkable pianists, composers and bandleaders. His concert Letters to Mother Africa was selected by NYC Jazz Record as Best Concerts in 2016. In 2015, Mr. Villafranca was among the 5 pianists hand picked by Chick Corea to perform at the first Chick Corea Jazz Festival, curated by Chick him self at JALC. Elio Villafranca’s new album Caribbean Tinge (Motema), received a 2014 Preis der Deutschen Schallplattenkritik Nomination by the German Records Critics Award, as well has been selected by JazzTimes and DownBeat magazines for a feature on their very competitive section Editor’s Pick.