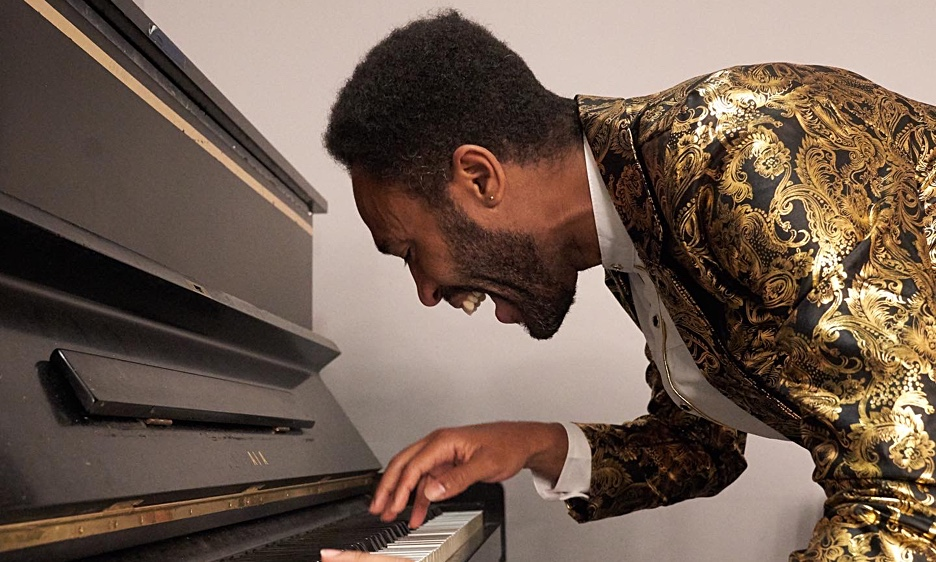 Ideal Glass Studios was, and still is, a place for all to transcend the norm and exist in a space where alternative modes of thought and expression are encouraged and celebrated. The Presentation will include 5-6 songs of the Concert, a Q&A followed by a short piano solo set. Doors Open at 6pm.

A protege of the great Chucho Valdes, pianist Dayramir González is thrilled to bring you a night of music celebrating the acclaimed music of Buena Vista Club. Carnegie Hall has called Cuban piano phenom Dayramir González “A distinctive voice in the pantheon of Cuban jazz," and was also hailed by the Wall Street Journal as “A stunningly gifted composer and arranger, an entertainer who captures the attention and live spirit of the audience in every performance." In this concert Dayramir will be paying tribute to Buena Vista Social Club with Cuban classics that include Chan Chan, Guantanamera and Besame Mucho, featuring Cuban singer Gerardo Contino.

Yamaha Artist Dayramir Gonzalez, is a three-time Cubadisco award-winner and the first Cuban national to receive Berklee College of Music’s “Presidential Scholarship” and the 2013 Wayne Shorter Award for most outstanding jazz composer. In 2012, he was a headliner in Carnegie Hall’s “Voices of Latin America Series,” invited by Chucho Valdes to represent the young generation of Cuban jazz pianists. His latest album “The Grand Concourse” was named one of the Top 40 albums of 2018 and received 4.5 stars from Downbeat.

Dayramir began his professional career as a pianist and composer with former Irakere member, Oscar Valdes’Afro-Cuban jazz ensemble Diákara at the age of 16. Since winning Havana’s JoJazz festival in 2004 and 2005, Dayramir has gone from winning three Cubadisco awards for his 2007 debut album “Dayramir & Habana enTRANCé” to becoming Berklee College of Music’s first Cuban national “Presidential Scholarship” recipient to performing in 15,000-seat stadiums with legends like Chucho and Bebo Valdes and headlining Carnegie Hall, representing the young generation of Afro-Cuban jazz.

The culmination of his journey as a young Havana-native who continues and brings the Afro-Cuban music legacy to New York is synthesized in his latest album “The Grand Concourse,” a name inspired by the thoroughfare that runs through the Bronx and a concept that reflects the uncommonly dynamic range of pieces from the pulsating West African bass motif found in Situaciones en 12/8 to the contemporary take on the classical Cuban tradition of the late 19th century to the haunting orchestral jazz ballad of Blood Brothers. Dayramir is making his mark as a leading international composer, orchestrator, bandleader and pianist.

About the Tribute to Juan Formell & Los Van Van Project

Immersing myself in the music of Juan Formell has been one of the great challenges of my career. Not only because of his musical legacy but also because of what he represents for many a generation of Cubans. An impressive social chronicle extending over 50 years.

Choosing the repertoire was hard, what shall I write? What he created is already so balanced, danceable, I was in doubt what to do. But I knew that I wanted to approach his music from my various internal creative facets: as a composer, arranger and orchestrator as well as presenting my various musical pallets; ranging from my Big Band influences, my European classical music, the Cuban traditional sound of Cha Cha, Danzón, Guaracha and my Afro-Cuban jazz.

This project is a Tribute to Juan Formell but it goes far beyond that. It’s a tribute to a global and historical trajectory of Cuban music: from Bach to Ignacio Cervantes, to Chucho Valdes and Irakere, from Duke Ellington and Benny Moré to Juan Formell.