Maximize your visibility at All About Jazz by upgrading your musician page from standard to premium. With it, you'll receive All About Jazz home page exposure, a highly stylized / ad-free musician page with bonus features and benefits, an ad, plus you control where you sell your music and so much more.
Learn More
116 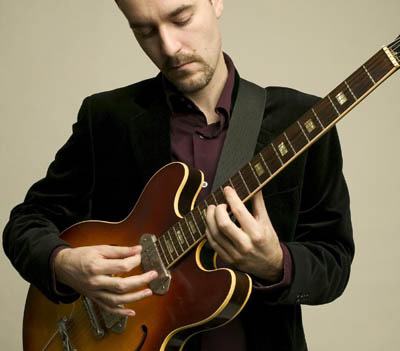 New York, NY - On March 8, 2010, CTA Records will release a new album by guitarist and composer Rale Micic entitled 3. In much anticipated follow up to his acclaimed album “Serbia", Micic explores interaction between his musical roots in Serbia and his extensive knowledge of Jazz, with his trio consisting of New York's hottest rhythm section, bassist Scott Colley and drummer Gregory Hutchinson.

“This album is a natural progression for me as a guitarist, bringing into focus the possibilities of guitar in a trio setting. There is a certain freedom as well as subtlety that I enjoy in this format" says Micic.

The album “3" has many compelling facets of Micic's music, from its effortless ingenuity to his intelligent and sophisticated way of extending expectations in jazz. “3 represents unity of rhythm, harmony and melody in music - and I wanted to explore different connections between them" says Micic. The album features eight original compositions and two standards, in exploration that is never overpowering, but always imaginative and fresh.

Born and raised in Belgrade, Serbia, guitarist and composer Rale Micic is one of the most original guitarists in the jazz today. Over past three years, guitarist Rale Micic established himself as one of the most inventive voices on the music, leading a quintet featuring jazz great Tom Harrell. “The New York jazz scene, and by extension jazz's modern mainstream, has Rale Micic to thank for a portion of its continued growth" wrote Jim Santella of All About Jazz.

Rale Micic created cult-like following among music fans with his mix of jazz and haunting melodies from the Balkans. He recently signed an endorsement deal with D'Addario strings, joining the likes of guitarists Pat Metheny, John Scofield and Lenny Kravitz.