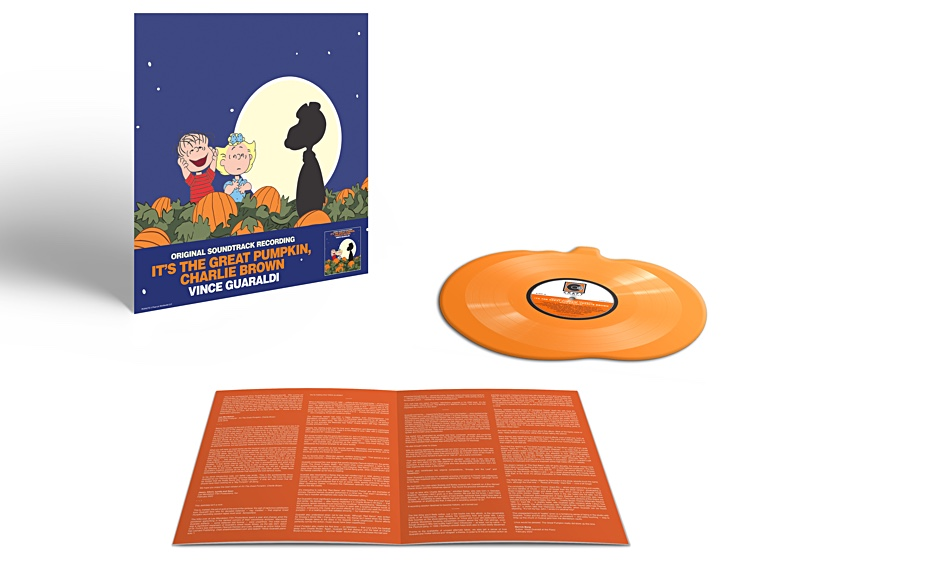 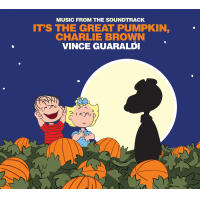 Available on CD, digital, and a variety of vinyl formats including a 45-RPM pressing, a translucent orange pumpkin-shaped disc, and more

To celebrate the discovery of these incredible archival recordings, Craft is issuing the album in several formats, including multiple vinyl options. Available across all major retailers is a 45-RPM pressing on black vinyl, housed in a standard jacket, as well as a 33 1/3-RPM pressing on pumpkin-shaped translucent orange vinyl, housed in a clear sleeve, both accompanied by a four-page insert. Available exclusively at CraftRecordings.com is a collectable edition 45-RPM pressing (limited to 500 copies) in a “Pumpkin Patch” splatter design. The album will also be available on CD and digital formats.

In 2019, not long before he passed away, Lee Mendelson had been looking to see if he could find any of the original tapes from the recordings used to score the Peanuts specials. The team at Lee Mendelson Film Productions had an opportunity the following year to scour their vast archives. Among their discoveries was a treasure trove of materials from Vince Guaraldi—the GRAMMY Award-winning jazz pianist, who composed some of the most recognizable cues in television history for PEANUTS specials throughout the ’60s and ’70s, as well as some of the most beloved jazz albums of the 20th century. One of the most exciting finds, however, were the original analog reels from the Great Pumpkin sessions—which, until this point, were considered lost to time. Accompanied by detailed session notes, the tapes also included a multitude of alternate takes.

From these reels, Jason and Sean Mendelson, along with the team at Craft Recordings, assembled the definitive version of the Great Pumpkin score. In the liner notes, the Mendelson’s write, “Not much is known about how Guaraldi wrote and arranged these classic melodies and themes, and even many of the musicians who played with him found his method to be a beautiful mystery…We hope that by listening to this music, especially the bonus material, you will get a glimpse into Guaraldi’s creative process as he and his musicians mold their sound. These [alternate] takes demonstrate the evolution and choices that became the now-famous score.”

Flashback to 1966, when Guaraldi readied to write music for It’s the Great Pumpkin, Charlie Brown. By then, the Bay Area jazz musician was in the early years of a long-running, highly successful creative partnership with Mendelson and Charles M. Schulz. Just two years earlier, he had been commissioned by Mendelson to score a TV documentary about Charles M. Schulz, titled A Boy Named Charlie Brown. While the film never aired, the trio reconvened a year later for A Charlie Brown Christmas. The animated special was an instant hit—as was its best-selling soundtrack. In June 1966, they followed with Charlie Brown’s All-Stars!, while It’s The Great Pumpkin, Charlie Brown was slated for October.

The score for the Halloween special was recorded just weeks ahead of its airdate at Desilu’s Gower Street Studio in Hollywood. The pianist was accompanied by his trio sidemen—bassist Monty Budwig and drummer Colin Bailey—with additional instrumentation by Emmanuel “Mannie” Klein on trumpet, John Gray on guitar, and Ronald Lang on woodwinds. The musicians were also joined by seasoned composer, arranger, and conductor John Scott Trotter—best known for a three-decade run as Bing Crosby’s music director—who oversaw the entire scoring process.

In addition to bringing a bolder, orchestral sound to Guaraldi’s scores, Trotter also “brought order to chaos,” as Derrick Bang explains. “With no scoring experience, Guaraldi had laid down many of his cues for the first two PEANUTS specials the way he would record in a studio: as extended takes that often were too long for the on-screen action they accompanied. As a result, much of the music in those first two shows tended to fade out or ‘trail off,’ as a scene concluded.”

Trotter—who also contributed two original compositions to the soundtrack, “Snoopy and the Leaf” and “Breathless”—helped Guaraldi shape his work into short cues with clearly defined endings. That process can be heard in the new album’s alternate takes, including multiple versions of the iconic PEANUTS theme, “Linus and Lucy,” as well as the reflective “The Great Pumpkin Waltz” and the ghoulish “Graveyard Theme.” These original reels also offer fans a new opportunity to hear many of these instrumental tracks without sound effects, including “Frieda (With the Naturally Curly Hair)” and “Breathless.” Additionally, several cues are available—for the very first time—in their entirety (including “The Red Baron,” “Roses of Picardy,” and “Charlie Brown Theme,” among them.)

Offering a more candid, behind-the-scenes moment is the final bonus track, “Charlie Brown Theme (Alternate Reprise Take 2),” which finds Guaraldi abruptly halting the session and interjecting: “It’s not my key, John; I wrote it in another key!” Bang muses, “This unexpected burst of ‘reality’ gives us a tantalizing sense of being in the studio with Guaraldi, Trotter, and the other musicians: an excellent—and oddly touching—way to wrap up this chunk of musical gold from the Mendelson vaults.”

Unlike its yuletide predecessor, however, the soundtrack to It’s The Great Pumpkin, Charlie Brown wasn’t initially made available. While select tracks were added to compilations over the decades, a comprehensive collection of music from It’s The Great Pumpkin, Charlie Brown wasn’t released until 2018. But because of the lack of original reels, many of the cues still contained overdubbed sound effects or were edited down.

In his notes for the original release, Lee Mendelson declared the score to be “the quintessential Vince Guaraldi for our PEANUTS specials.” Now, with the discovery of these long-lost tapes (found in boxes labeled “Big Pumpkin Charlie Brown”) fans can enjoy these classic cues in their full glory. “We know [our father] would be thrilled that we finally found this ‘Great Pumpkin,’” add Mendelson’s children. “If only we had known that we should have been looking for a ‘Big Pumpkin’ all along.”