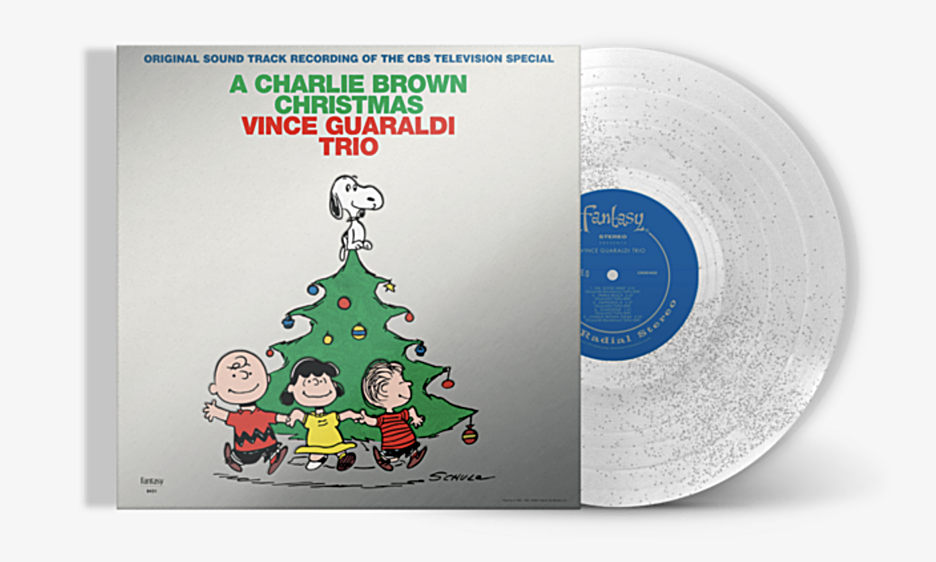 SOURCE: ALL ABOUT JAZZ
November 6, 2021
Sign in to view read count

The limited pressing of the classic album features an embossed silver foil jacket and includes such favorites as 'Linus and Lucy' and 'Christmas Time Is Here.' 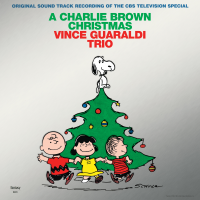 Ahead of the 2021 holiday season, Craft Recordings is pleased to announce a special vinyl edition of A Charlie Brown Christmas—Vince Guaraldi Trio’s enduring soundtrack to the 1965 PEANUTS animated special. This collectible release reimagines the album’s classic jacket, wrapping it in an elegant silver foil. The embossed PEANUTS characters on the cover, meanwhile, have never been more striking as they gather around the Christmas Tree.

Available for pre-order today, this limited-edition pressing hits stores on October 1st, while a variety of colored vinyl variants can be found in select retailers throughout the fall. Fans can also pre-order a festive glitter-infused edition exclusively on Craft Recordings’ official store. (note: vinyl color may vary).

It all began in 1964 when producer Lee Mendelson set out to make a TV documentary about cartoonist Charles M. Schulz, the creator of the immensely popular PEANUTS comic strip. For the film’s score, he hired Bay Area jazz artist Vince Guaraldi, a fast-rising star who had recently earned a GRAMMY for his instrumental crossover hit, “Cast Your Fate to the Wind.” Although A Boy Named Charlie Brown never made it to the airwaves, Mendelson was struck by Guaraldi’s sophisticated cues and the soundtrack for the unaired documentary was released on Fantasy Records.

The pair had the chance to collaborate again just one year later when A Charlie Brown Christmas was greenlit for holiday programming. Working primarily with bassist Fred Marshall and drummer Jerry Granelli, Guaraldi brought the animated characters to life with his music, pairing inspired interpretations of traditional yuletide fare (“O Tannenbaum,” “Hark, the Herald Angels Sing,” “What Child Is This”) with original compositions, including the iconic “Linus and Lucy” theme, “Skating,” and “Christmas Time Is Here.” The latter song, available as both an instrumental and vocal track, featured young choral singers from St. Paul’s Episcopal Church in San Rafael, CA.

While TV executives were wary of the unconventional special, which featured the voices of child actors, a jazz score, and no laugh track (among other concerns), their worries proved to be unfounded—and then some. Airing December 9, 1965, A Charlie Brown Christmas captured nearly half of the nation’s TV audience and garnered broad critical acclaim. 50 years later, the Emmy- and Peabody-winning special, which now streams on Apple TV+, continues to be a holiday tradition and has spawned more than two dozen subsequent PEANUTS specials.

Guaraldi’s soundtrack, meanwhile, has since become one of the best-selling jazz albums in history, second only to Miles Davis’ Kind of Blue, and regularly ranks among America’s top-selling holiday albums every December. In 2016, A Charlie Brown Christmas was certified 4x platinum by the RIAA, while last year, A Charlie Brown Christmas entered the Billboard 200’s Top Ten for the very first time—55 years after its initial release. The album has also been inducted into the GRAMMY Hall of Fame and added to the Library of Congress’s National Recording Registry.

Guaraldi, who continued to score PEANUTS specials until his death in 1976, had an immeasurable impact on the generations of young people who watched or listened to A Charlie Brown Christmas. “Guaraldi showed how a piano, bass, and drums can capture a feeling and character in living color, particularly if those feelings are complex, conflicted, or even simply too beautiful for words,” wrote Los Angeles Times in 2012. “It’s the kind of realization that, even unconsciously, opens the door for later discoveries in Bill Evans, Thelonious Monk, Robert Glasper, and everything beyond.” Ranking the album at No.4 in their 2019 round-up of the Greatest Christmas Albums of All Time, Rolling Stone added that the album has “become some of the most visually evocative American music.”

The characters of Peanuts and related intellectual property are owned by Peanuts Worldwide, which is 41% owned by WildBrain Ltd., 39% owned by Sony Music Entertainment (Japan) Inc., and 20% owned by the family of Charles M. Schulz, who first introduced the world to Peanuts in 1950, when the comic strip debuted in seven newspapers. Since then, Charlie Brown, Snoopy and the rest of the Peanuts gang have made an indelible mark on popular culture. In addition to enjoying beloved Peanuts shows and specials on Apple TV+, fans of all ages celebrate the Peanuts brand worldwide through thousands of consumer products, as well as amusement park attractions, cultural events, social media, and comic strips available in all formats, from traditional to digital. In 2018, Peanuts partnered with NASA on a multi-year Space Act Agreement designed to inspire a passion for space exploration and STEM among the next generation of students.

Craft Recordings is home to one of the largest and most essential collections of master recordings and compositions in the world. Its storied repertoire includes landmark releases from icons such as Joan Baez, John Coltrane, Creedence Clearwater Revival, Celia Cruz, Miles Davis, Isaac Hayes, John Lee Hooker, Little Richard, R.E.M., Joan Sebastian, and Traveling Wilburys. Plus, the catalog recordings of celebrated contemporary acts including A Day to Remember, Evanescence, Alison Krauss, Nine Inch Nails, Taking Back Sunday and Violent Femmes, to name just a few. Renowned imprints with catalogs issued under the Craft banner include Fania, Fantasy, Fearless, Musart, Nitro, Panart, Prestige, Riverside, Rounder, Specialty, Stax, Vanguard, Varèse Sarabande, Vee-Jay and Victory, among many others. Craft creates thoughtfully curated packages, with a meticulous devotion to quality and a commitment to preservation—ensuring that these recordings endure for new generations to discover. Craft is also home to the Billie Holiday and Tammy Wynette estates which preserve and protect their respective names, likeness and music through day-to-day legacy management of these cultural trailblazers.