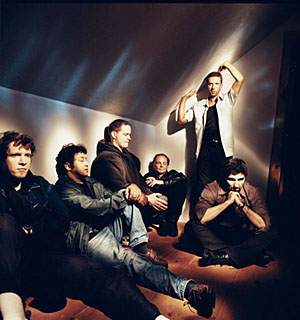 The music of Club d'Elf flies through North African trance, glitchy turntablism, improvisation, and rock psychedelia, but it's playfully altered states of musical consciousness that truly guide the band. Witness founder Mike Rivard's first night in Morocco, the country that had fired his musical imagination for more than a decade: In a strikingly vivid dream, he felt himself swimming upwards in the air as fantastic landscapes, mountains, and tiled buildings stretched out beneath him.