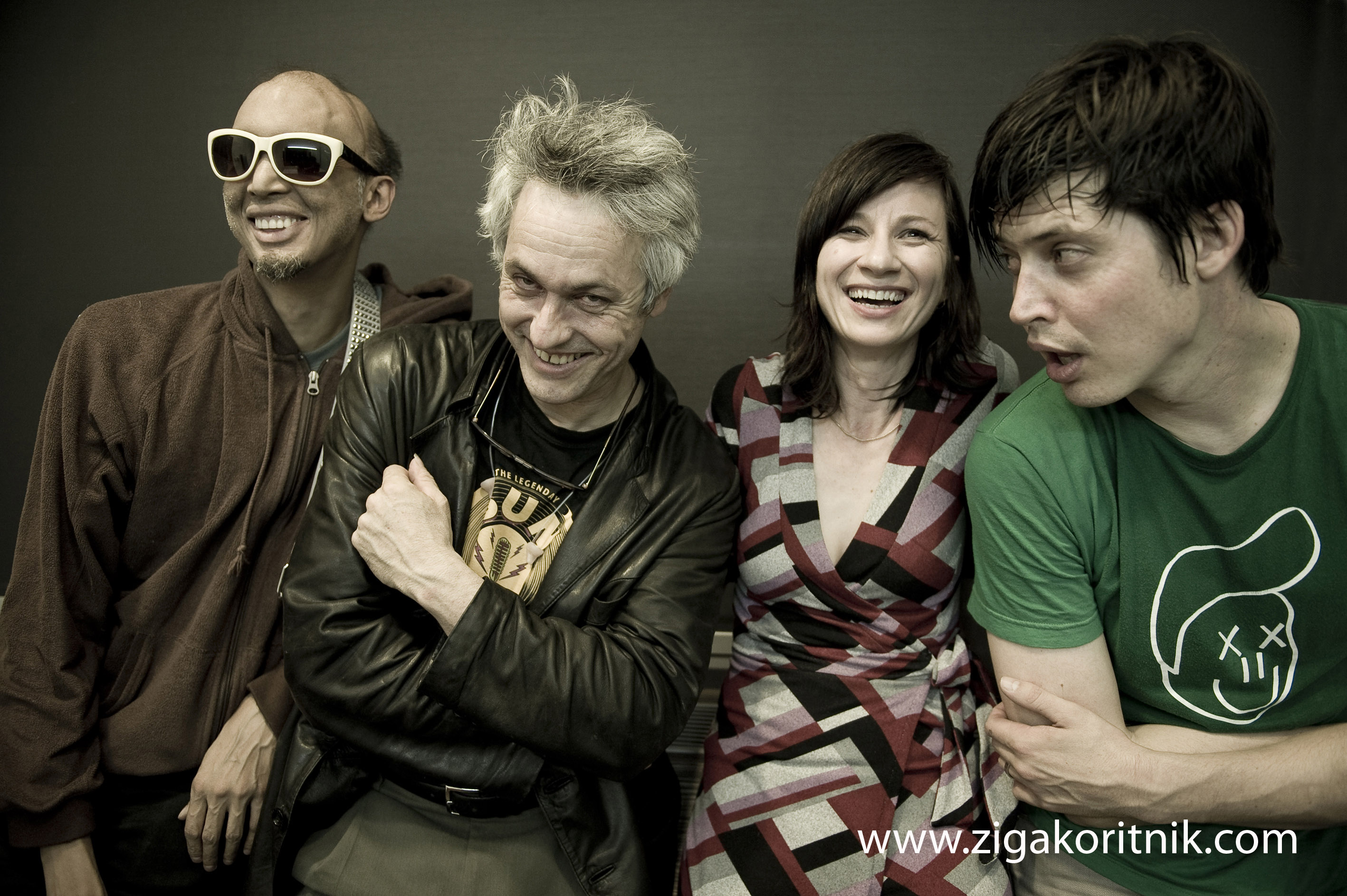 “Cloud arrangers" Jakopicevo sprehajalisce at Park Tivoli in Ljubljana—Slovenia / outdoor gallery opened 24h a day from 5th of May till 31st of July 2011 opening at 18h, at 20:30h Jazz Passangers concert

Being a jazz music photographer is very interesting. This work is my priority: to be close to musicians, to become their friend... Emotions are always very close to the surface, especially since the music often carries positive or negative messages.

I started documenting the jazz scene in 1987, when I went to the Belgrade Jazz Festival with a friend of mine to hear Miles Davis. Before that I mainly listened to rock music. Frank Zappa was&#151and still is—one of my favorite musicians, a real genius. I quickly had the Ljubljana music scene under control. In those days it was still possible all different types of music, and there weren't a lot of organized concerts. Pat Metheny came to Ljubljana— unexpected and nearly unannounced—with his first solo project. His three hour concert totally impressed me. This was my first discovery of the never-ending story of jazz. Later on came “world" music, and I still manage to mix in a rock concert here and there.

What I like is not a specific type of music, it is quite simply, good music.

Parallel to music, photography has always been a passion of mine. Wherever I went, I carried a camera—to parties, with friends, and of course at concerts. I carried a camera on my journeys and was always practicing. I began getting official credentials to cover concerts and started coming into direct contact with musicians. By publishing my photos, I was fulfilling obligations both to concert promoters, but also to the musicians, whose souls I was “taking." You need to be very careful that you treat this “soul" very gently—you nurture it but never exploit it. At the same time I helped support the local music scene.

To be a jazz photographer you need to travel a lot and associate with many different types of people (often late at night). Your equipment always needs to be ready, and you always have to have lighting and focus in mind. On a piece of photo paper you need to bring to life something that happened only once, but which gives the viewer the opportunity to creatively imagine that moment. Photographers are like fishermen who wait for a fish to swim by that they really want to catch.

In the beginning I was fishing only in shallow waters. Now, years later, I prefer to go hunting deeper. I try to capture the atmosphere created by concerts. At good festivals and concerts this process puts me in the right mood, and I begin to “see." I am interested in presenting the best side of the music. If I feel I cannot do this, I often will not shoot at all. You need to be in a certain state to capture good shots. Of course, you also need technical knowledge, good equipment and experience—so that pressing the shutter becomes automatic.

At first I paid out of my own pocket to travel so much. Later, I began to get invitations from some festivals—which eased the financial burden, but brought also additional responsibilities.

For this Tivoli Park exhibition, I am presenting an opus of my 24 years as a music photographer, featuring pictures taken at festivals in Slovenia and abroad: the Ljubljana Jazz Festival, Saalfelden Jazz Festival, Skopje Jazz Festival, the Vision Festival in New York, Druga Godba, Musique Metisses, Womad, Konfrontationen in Austria, Metelkova concerts, festivals in Sardinia and elsewhere in Italy, and more...

I present musicians from many different jazz styles, from mainstream to modern to improvisational. I give honorable placement to African musicians that are my great love. These photos were used for reportage in magazines and newspapers, on CD covers and booklets, for posters and festival announcements. I am also presenting photos from my archive that have never been published, but which have gained value to me over time. Some photos are action shots, taken during performances, others are from backstage and still others are more formal portraits.