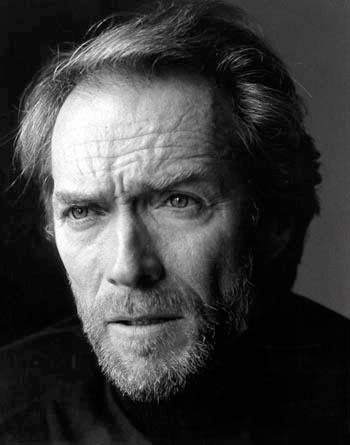 slideshow
At 78, perhaps the only actor in the history of American cinema to convincingly kick the butt of a guy 60 years his junior, the hard-headed, snarly mouthed Clint Eastwood of the 1970s comes growling back to life in Gran Torino.

Centered on a cantankerous curmudgeon who can fairly be described as Archie Bunker fully loaded (with beer and guns), the actor-director's second release of the season is his most stripped-down, unadorned picture in many a year, even as it continues his long preoccupation with race in American society. Highlighted by the star's vastly entertaining performance, this funny, broad but ultimately serious-minded drama about an old-timer driven to put things right in his deteriorating neighborhood looks to be a big audience-pleaser with mainstream viewers of all ages. In his first screen appearance since 2004's Million Dollar Baby, Eastwood revives memories of some of his earlier working-class characters; Korean War vet Walt Kowalski suggests a version of what Dirty Harry might have been like at this age, and there are elements as well of the narrow-minded, authority-driven figures in The Gauntlet and Heartbreak Ridge, as well as those films' humble settings and plain aesthetics.

While Gran Torino is entirely of a piece with Eastwood's other work, it also stands apart from his artful films of the past six years in its completely straightforward, unstudied style. To be sure, there are themes and understated points of view, most fundamentally about the need to get beyond racial and ethnic prejudice, the changing face of the nation and the future resting in the hands of today's immigrants. In a way that clearly could not have been intended, Eastwood could be said to have inadvertently made the first film of the Obama era.

Eastwood has dealt very intelligently and matter-of-factly with race throughout his career -- in Bird, Unforgiven, Million Dollar Baby, Flags of Our Fathers and Letters From Iwo Jima, among others -- and in this respect, the key scene here is one in which Kowalski takes Thao to an Italian barber and, with the intention of making him “man up," teaches him the relevant ethnic insults, which, in his world, everyone should be able to withstand and humorously throw back at the perpetrator. For the two older adults, it's a game -- a rite of passage that incorporates a healthy, if superficially abrasive, acknowledgment of their differences.

Eastwood's initial vocal rasp moderates over time, just as his character softens toward the seeming aliens who surround him. There is probably no leading Hollywood actor with less ham in him than Eastwood -- just compare him to Jack Nicholson or Al Pacino, for starters -- but by his standards, this is a real barn-burner; grumbling under his breath or merely looking askance at the perceived lowlifes that litter his existence, Eastwood clearly relishes this role and conveys his delight to the audience, to great satisfaction all around.