Chuck Owen and the Jazz Surge Set to Release "The Comet's Tail: Playing the Compositions of Michael Brecker" on August 11 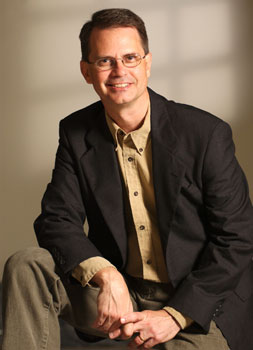 MAMA Records is proud to announce Chuck Owen & The Jazz Surge's forthcoming release The Comet's Tail: Playing The Compositions of Michael Brecker. Led by Chuck Owen, The Comets Tail pays homage to the compositions of the late, great legendary saxophonist Michael Brecker. The album, which is set for release on August 11, features the dynamic 17-piece Jazz Surge alongside some of Brecker's longtime collaborators such as: Joe Lovano, Mike Stern, Mike Mainieri, Dave Liebman, Adam Nussbaum, Danny Gottlieb, Rob Thomas and of course his brother Randy. In addition, the album boasts the work of frequent behind-the-scenes Brecker collaborators: Gil Goldstein and Vince Mendoza.

The Comet's Tail: Playing The Compositions of Michael Brecker is the first CD release emanating from the University of South Florida's Center for Jazz Composition and the culmination of a project that began in 2006. Seeking to focus attention on the compositions of a great jazz artist while, at the same time, stimulating new works, the Center (or CJC) launched an International Jazz Arranging Competition in honor of the beloved jazz icon, Michael Brecker.

Led by Owen, Director of the CJC as well as The Jazz Surge, over 80 works from five countries were submitted. The thrilling, no-holds-barred, roller coaster version of “Peep" that opens the CD, scored by Fred Stride of Vancouver, BC, was ultimately selected. In the meantime, the CJC commissioned arrangements of Brecker compositions from noted composers Goldstein and Mendoza. Each selected a piece of his own choosing, with Goldstein opting to re-orchestrate a tune he had just finished arranging for Michael's last recording, Pilgrimage.

These works, along with arrangements by Dave Stamps and Owen, recently announced as the recipient of a prestigious 2009 Guggenheim Fellowship, were to be premiered in a series of concerts throughout Central Florida in April of 2007. Tragically, however, Brecker passed away from complications of leukemia in January of 2007. The Center's buoyant enthusiasm was replaced by a mood of somber reflection. After thoughtful re-evaluation, however, it was clear the project remained not only a poignant tribute but a wonderful celebration of a great and beloved artist's work. It was in that spirit that the premiers, subsequent concerts, and recording moved forward.

After three April concert premiers, and two recording sessions, the Jazz Surge reprised the material (with two new charts added) at the Clearwater Jazz Holiday in October of 2007, before 10,000 screaming fans of Michael's music - this time with Mike Mainieri (Michael's Steps Ahead bandmate) and Adam Nussbaum sitting in alongside Randy. The final sessions quickly followed.

The focus on this recording remains firmly on the compositions of one Michael Leonard Brecker. The eight pieces selected span some 25 years and are culled from seven different recordings (including two issued by Steps Ahead). The musical and stylistic breadth is equally astonishing. Those familiar with the original renditions will undoubtedly note the profound respect each arranger accords Michael's work. And yet, each arranger finds a way to inject a little of themselves... or, more accurately, to allow us to view Michael's music the way they view it.

The remarkable line-up of guest artists on this CD, all of whom had close musical relationships with Michael, clearly adds a poignancy that elevates their contributions beyond the typical solo turn. Each finds a way to express his feelings about this incredible person... with their very appearance on this recording intended as a personal tribute.

CLICK TO LISTEN TO AN EXCLUSIVE STREAMING TRACK FROM THE ALBUM

MAMA Records is a part of the Summit Records Music Group and can be found on the world-wide web at mamajazz.com. MAMA and Summit are distributed exclusively in the United States and Canada by the Allegro Media Group.