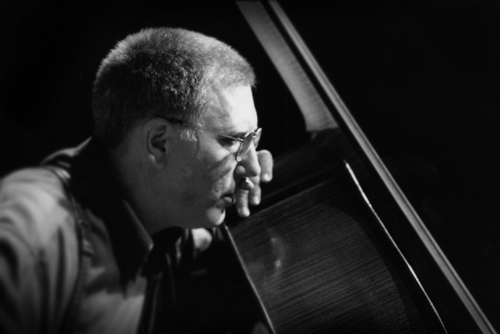 slideshow
Bassist Chuck Israels and I have become fast pen pals. Every since my interview with Chuck in 2019 (here), he sends along wonderful notes with insights into the historic subjects of my posts. I share many of them with you. Recently, Chuck sent along a thrilling album featuring his trio live at a club in Tel Aviv. The album features pianist Alec Katz and drummer Yonatan Rosen.

If you're unfamiliar with Katz, he's a gloriously sensitive player with swing. Chuck loves his playing and Chuck is certainly an authority on poetic pianists, given his years with the Bill Evans Trio in the 1960s. He also raved about Rosen's drumming.

Playing professionally began in the early 1990s when Katz was studying at the Jerusalem Academy of Music. He soon became an in-demand jazz pianist in Israel, playing club dates, concerts and festivals. He also sat in with visiting American jazz artists, including Walter Blanding, Eric Alexander, Donald Harrison and others.

Moving to the the Nederlands in the late '90s, Katz studied at the Royal Conservatory in the Hague. He studied with Dutch pianist Frans Elsen and American pianist Barry Harris. Katz graduated with honors. Back in Israel, Katz has led a trio and collaborated with jazz vocalist Simona Arones. Today he is often featured at major events and festivals in Israel and performs as a soloist with the Jerusalem Symphony Orchestra.

Bonus: Here's Chuck in 1965 at age 29 in London with pianist Bill Evans and drummer Larry Bunker...