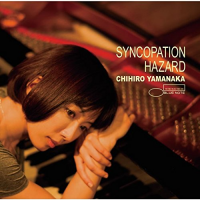 The Chihiro Yamanaka Trio will perform August 8, 2015 at San Jose Jazz Summer Fest in San Jose, CA, and will precede the festival appearance with an August 6 concert at Don Quixote’s International Music Hall in Felton, CA.

At San Jose Jazz Summer Fest, Ms. Yamanaka’s group will perform at 2:00 PM at the Umpqua Bank Stage, one of the many venues in the 3-day multiple-stage festival that takes place over three days (August 7-9) and which features a large roster of artists including Tower of Power, Eddie Palmieri, Terri Lyne Carrington and Bria Skonberg.

On August 6, two days prior the festival appearance, Ms. Yamanaka will make her debut at Don Quixote’s at 7:30 PM. Tickets are $15 and can be purchased via the venue’s website or by calling 831-335-2800. Don Quixote’s is at 6275 Highway 9 in Felton, CA. This is Ms. Yamanaka’s third appearance in Santa Cruz County, having performed twice in the past two years at Kuumbwa Jazz Center in Santa Cruz, and it’s her fourth west coast trip in as many years, with concerts at Yoshi's San Francisco featured in each of the three previous tours.

The Umpqua Bank Stage at San Jose Jazz Summer Fest is located at the San Jose Stage Co. at 490 S. 1st St. in San Jose. Single-day admission for access to all festival stages on August 8 is $35, or $30 if purchased before August 4. A three-day pass for access to all stages is $90, or $65 if purchased before August 4. Tickets can be purchased via the festival’s website. For general information, the San Jose Jazz organization can be contacted at 408-288-7557.

Chihiro Yamanaka’s music pivots between her strikingly original compositions and her unique arrangements in which she accomplishes the impressive feat of introducing the element of surprise into some of the most famous songs in the jazz repertoire, contemporary popular music, and even the works of classical composers.

The new Chihiro Yamanaka CD, Syncopation Hazard, released in July, 2015, is her second CD on Blue Note Records, following her 2014 Blue Note debut, Somethin' Blue. Ms. Yamanaka has been a Universal Music/Verve recording artist since 2005, when she was awarded Swing Journal’s “Best New Artist” title. On the occasion of Universal's recent acquisition of Blue Note Records—in time for Blue Note’s 75th anniversary—Ms. Yamanaka made the move to Blue Note.

On her two CDs prior to the Blue Note debut, Ms. Yamanaka explored new territory by creating a fusion of jazz and classical music on Molto Cantabile, a highly personal vision of the music of Beethoven, Mozart and Liszt, and by applying her unique arranging techniques to the music of the Beatles on Because. Many of these twists on unusual source material contain moments that audiences find not only surprising but humorous, which is in keeping with Ms. Yamanaka’s engaging stage presence and her amusing remarks introducing the pieces in her repertoire.

Ms. Yamanaka performs regularly on three continents. Her recent U.S. performances have included Dizzy’s Club Coca-Cola at Jazz at Lincoln Center, Iridium and the Blue Note in New York City, as well as Blues Alley in Washington, DC, Regattabar in Boston, and the Mary Lou Williams Women In Jazz Festival at the Kennedy Center in Washington, DC, a concert that was selected for broadcast on National Public Radio’s “JazzSet With Dee Dee Bridgewater.”

In Japan, Ms. Yamanaka performs to sellout audiences at large venues across the country, and all of her Universal, Verve and Blue Note CDs have topped the Japanese jazz charts. As a classical pianist, she has performed Gershwin’s Rhapsody In Blue with major symphony orchestras. She has become a multimedia celebrity in Japan, hosting her own radio show, making TV appearances, and authoring a book, The Landscape With Jazz.

Ms. Yamanaka has received numerous awards, including Jazz Japan’s “Album of the Year” and the Japan Gold Disc Award for best-selling jazz record of the year, along with acknowledgments from critics and fans for her recordings and live performances, which are regarded as distinguished for their energy and swing.

Jazz Life Magazine called Ms. Yamanaka “one of the greatest jazz talents in decades,” and the late George Russell hailed her as “a very gifted and imaginative musician.”

In JazzTimes Magazine, Giovanni Russonello wrote an enthusiastic review of Ms. Yamanaka's set at the 2011 Umbria Jazz Festival, opening for Herbie Hancock, Wayne Shorter and Marcus Miller. “Opening for the Tribute to Miles band with her trio, the Japanese pianist tore into two originals at the top of her set…When she announced ‘Take Five,’ the crowd let out a gleeful 'ahh'—but they weren’t ready for the voracious reharmonization, full of upward-creeping bass lines and chromatic descents, or her mid-song interpolation of 'In Your Own Sweet Way,' retrofitted in 5/4 time. Right and left, jaws were dropping."