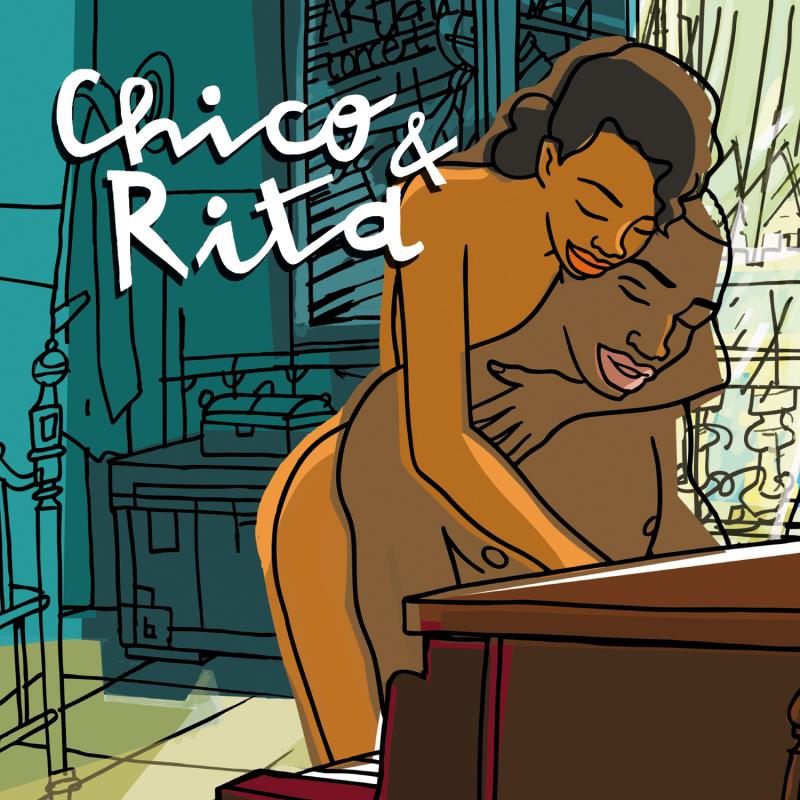 Chico & Rita is an animated film directed by Spanish Oscar-winner Fernando Trueba, along with Javier Mariscal and Tono Errando. An exquisitely drawn story of love inspired by the life of Cuban maestro Bebo Valdes , Chico & Rita takes audiences from the famous Tropicana club in Havana to the Pleyel club in Paris, to Radio City Music Hall in New York to Village Vanguard and Palladium. The film was nominated for a 2012 Academy Award in the category of Best Animated Feature Film, and became the #1 per-theater-average of any film in release after premiering at Angelika Film Center in New York on February 10.

Its extraordinary soundtrack is a musical journey into the best of Latin music and was recorded with Bebo Valdes (Chico) who played the piano and led some of the collaborations in this album. Bebo Valdes along with other legendary singers and songwriters (Consuelo Velasquez, Tito Puente, Thelonius Monk, Dizzy Gillespie) developed an exceptional score comprising of 30 original pieces that wrap the film from beginning to end. In addition to Bebo Valdes, greats such as Estrella Morente (performs “Lily"), Freddy Cole (brother of Nat King Cole), Jimmy Heath and Idania Valdés (Rita) appear on the soundtrack.

Chico & Rita has won numerous awards and prizes in Europe, including the Spanish Premio Goya in 2011 for Best Animated Movie. The soundtrack also won the 2011 Latin Grammy for Best Recording Package, which was put together by Javier Mariscal. The film is opening weekly in cities across the US, and the soundtrack is available at retail and for digital download. For more information, please visit our website.