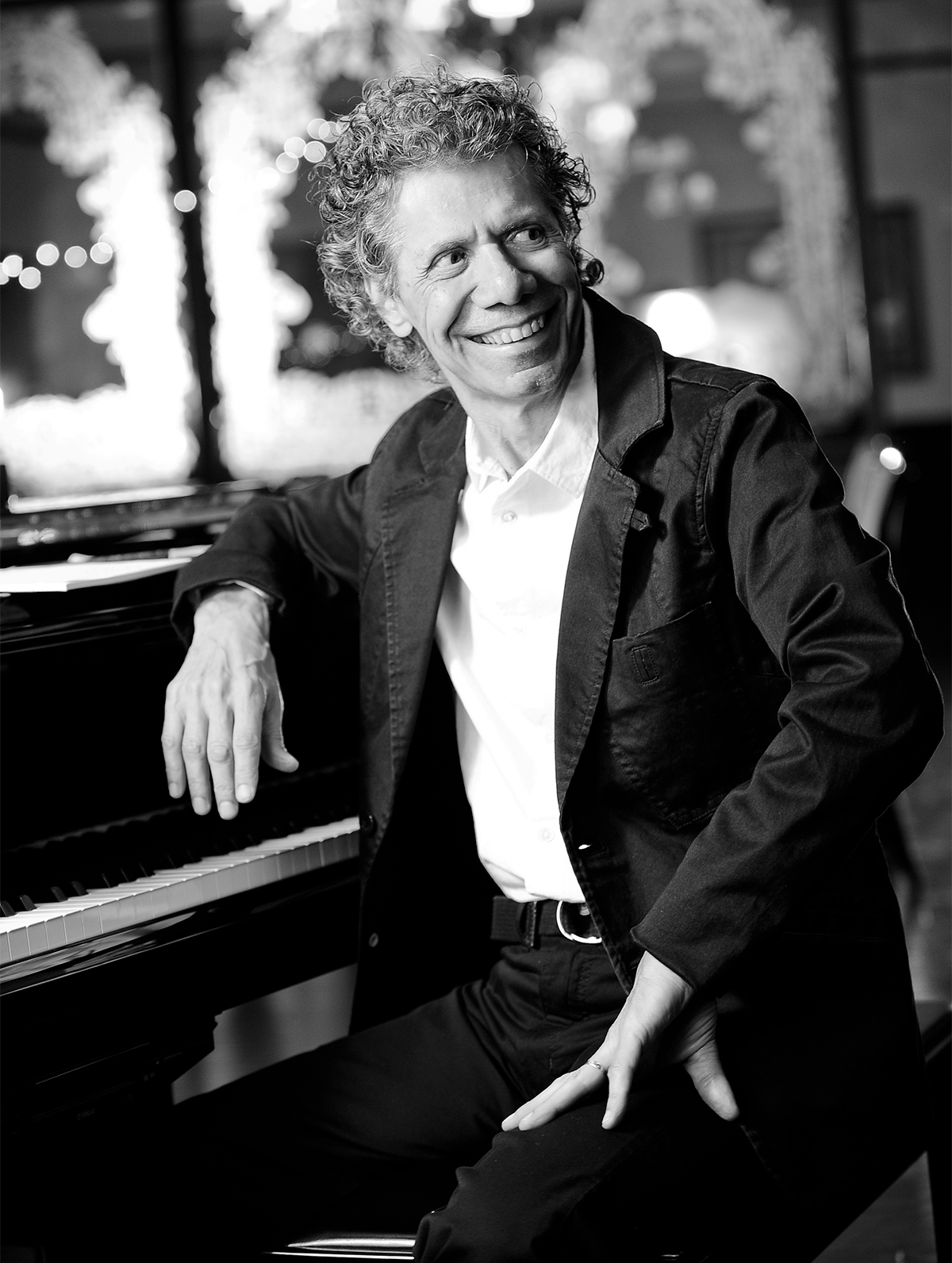 slideshow
Chick Corea, one of the most spirited and heralded jazz keyboardists and composers of the rock era who launched a mystical form of psychedelic jazz fusion in the early 1970s that influenced a generation of young musicians, died on February 9. He was 79.

Chick was enormously prolific. Not a day went by that he didn't spend hours at the piano writing and recording in his studio. When he wasn't in the studio, he was performing tirelessly on the road, worldwide. He won 23 Grammys and was nominated for 67. Though Chick recorded as a sideman on significant albums in the 1960s, his avant-garde albums with his group Circle in 1970 and '71 and the collective Return to Forever in the 1970s touched a generation of sophisticated college listeners disinterested in hard rock and bored with acoustic hard bop.

Chick's early leadership albums in the mid-1960s were ambitious and exciting. His first, Tones for Joan's Bones, recorded in 1966 and released in '68, was a stormy mix of tempos, polyrhythms, instrumental solos and Chick's unbridled modal piano, his fingers flying across the keys in virtual ecstasy. And Inner Space, a stunning compilation of material recorded for Atlantic in 1966 and '68. During this period, Chick also was a member of the Miles Davis Quintet, appearing on Bitches Brew, a pivotal 1970 album that advanced electric jazz-rock.

In 1972, Chick recorded Crystal Silence, a dazzling duo album with Gary Burton. He would record often with the exceptional vibraphonist over the course of his career. But perhaps Chick's masterpieces during this period were Light as a Feather in 1973 and Friends in 1978. In the decades that followed, Chick routinely returned to the acoustic piano. By the 2000s, Chick preferred straight-ahead trio recording.

My favorite Chick Corea piano performance was a tribute to Dave Brubeck on May 11, 2013 at New York's Cathedral Church of St. John the Divine. Dave had died months earlier in December 2012. Chick played a solo version of Dave's Strange Meadowlark, and the sound of his piano filled every inch of the cavernous space. St. John the Divine is the world's sixth largest church by area. I interviewed Chick in 2013 on a song that had a profound effect on him, Miles Davis's Concierto de Aranjuez from Sketches of Spain. He was a lovely guy.

Here are 11 favorite tracks that should give you a starting point to explore Chick Corea's music: