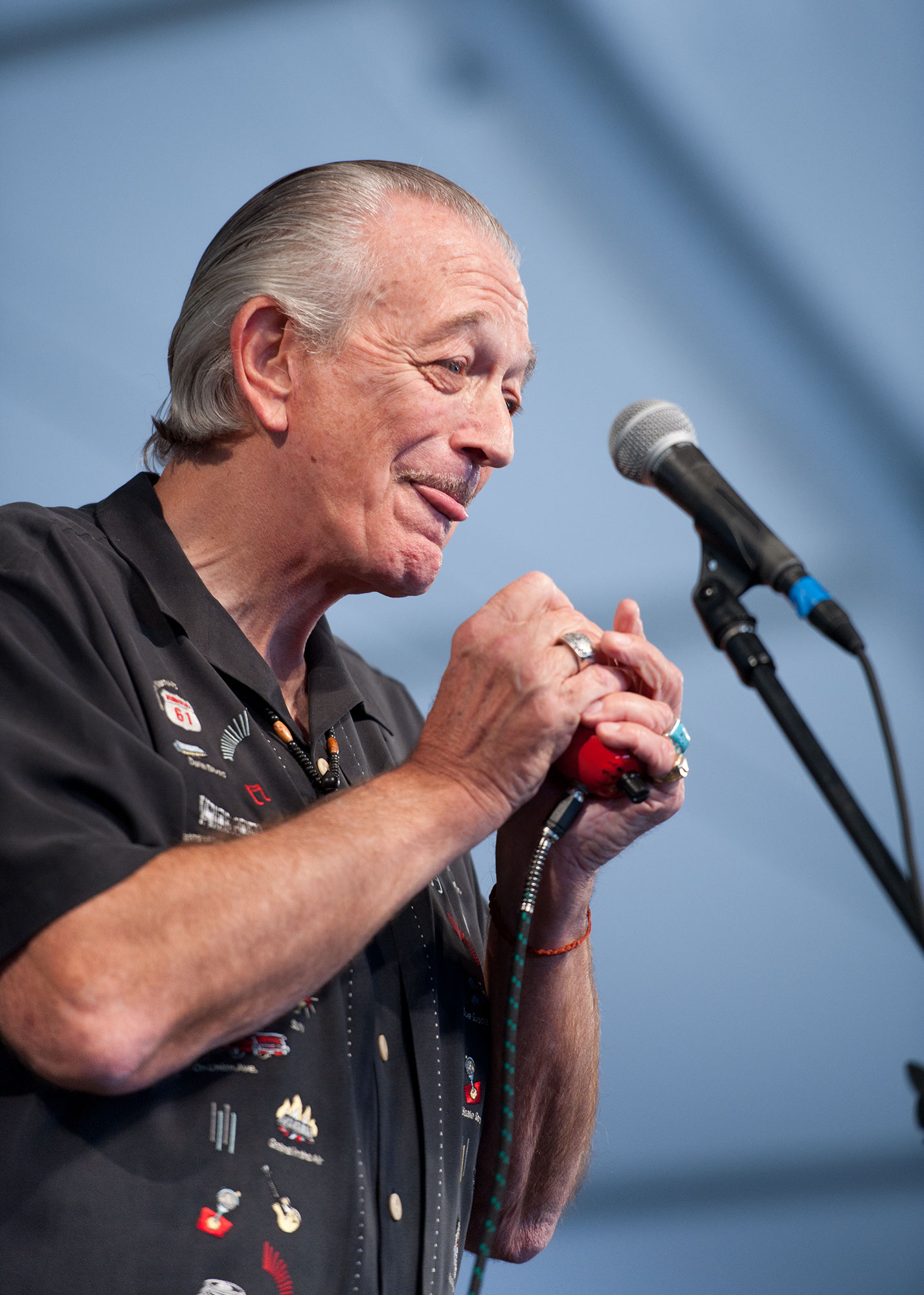 slideshow
Harmonicist/vocalist/songwriter/guitarist Charlie Musselwhite will give live performances at The Grand Opera House in Wilmington on Sunday, February 13 and at the Sellersville Theatre in Sellersville on Tuesday, February 15, 2011, playing as part of “Hot Tuna Blues on Tour" featuring Musselwhite along with Hot Tuna (Jorma Kaukonen, Jack Casady and Jim Lauderdale. Musselwhite will be performing songs from his new Alligator CD, The Well, and also accompanying the other members of the tour.

Musselwhite is also currently celebrating his return to Alligator Records with his Grammy-nominated CD, The Well. The album is an authentic slice of Charlie's deep blues roots with musical flavors from Mississippi to Chicago to California, including help on one song from legendary vocalist and friend Mavis Staples. Amazon included The Well in its Top Ten Blues CDS of 2010, and Musselwhite was recently nominated for five 2011 Blues Music Awards: Album of the Year (The Well); Song of the Year ("Sad And Beautiful World" from The Well); Traditional Blues Album of the Year (The Well); Traditional Blues Male Artist of the Year, and Instrumental of the Year (Harmonica). Concert information is as follows:

The Well is the first full-band recording in Musselwhite's almost 50-year career in which he wrote every track on the album, and it is the most personal and emotionally open cycle of songs he has ever created. The Well was recorded at Los Angeles' legendary Sunset Sound, with guitarist Dave Gonzales (Paladins, Hacienda Brothers), bassist John Bazz (Bluzblasters) and drummer Stephen Hodges (Tom Waits, Mavis Staples), and was produced by Chris Goldsmith (Ruthie Foster, Grammy-winning Blind Boys Of Alabama). The revealing, autobiographical songs recall specific events and places in Musselwhite's amazingly colorful life. His worldly-wise vocals and masterful harmonica work are perfectly matched with the stories he tells. Simply put, The Well is Charlie Musselwhite at his very best.

According to Alligator president Bruce Iglauer, having Musselwhite back on the label is pure pleasure. “I'm thrilled to welcome Charlie back to the Alligator Records family. He's a true icon of American roots music, a brilliant harmonica player and a true storyteller as a vocalist and songwriter. Charlie's a great guy to work with, a real road warrior who is out there pleasing the fans night after night. We're looking forward to renewing a great relationship." And Musselwhite couldn't agree more, saying, “I don't think anybody is happier than I am being back in the Alligator family. It feels good to be home."

Born into a blue collar family in Kosciusko, Mississippi on January 31, 1944 and raised by a single mother, Musselwhite was surrounded by blues, hillbilly and gospel music on the radio and outside his front door. His family moved to Memphis, where, as a teenager, he worked as a ditch digger, concrete layer and moonshine runner. Fascinated by the blues, Musselwhite began playing guitar and harmonica. He attended parties hosted by Elvis Presley and hobnobbed with many of the local musicians including Johnny Cash and Johnny Burnette, but the celebrities young Charlie sought out were Memphis' veteran bluesmen like Furry Lewis, Will Shade and Gus Cannon.