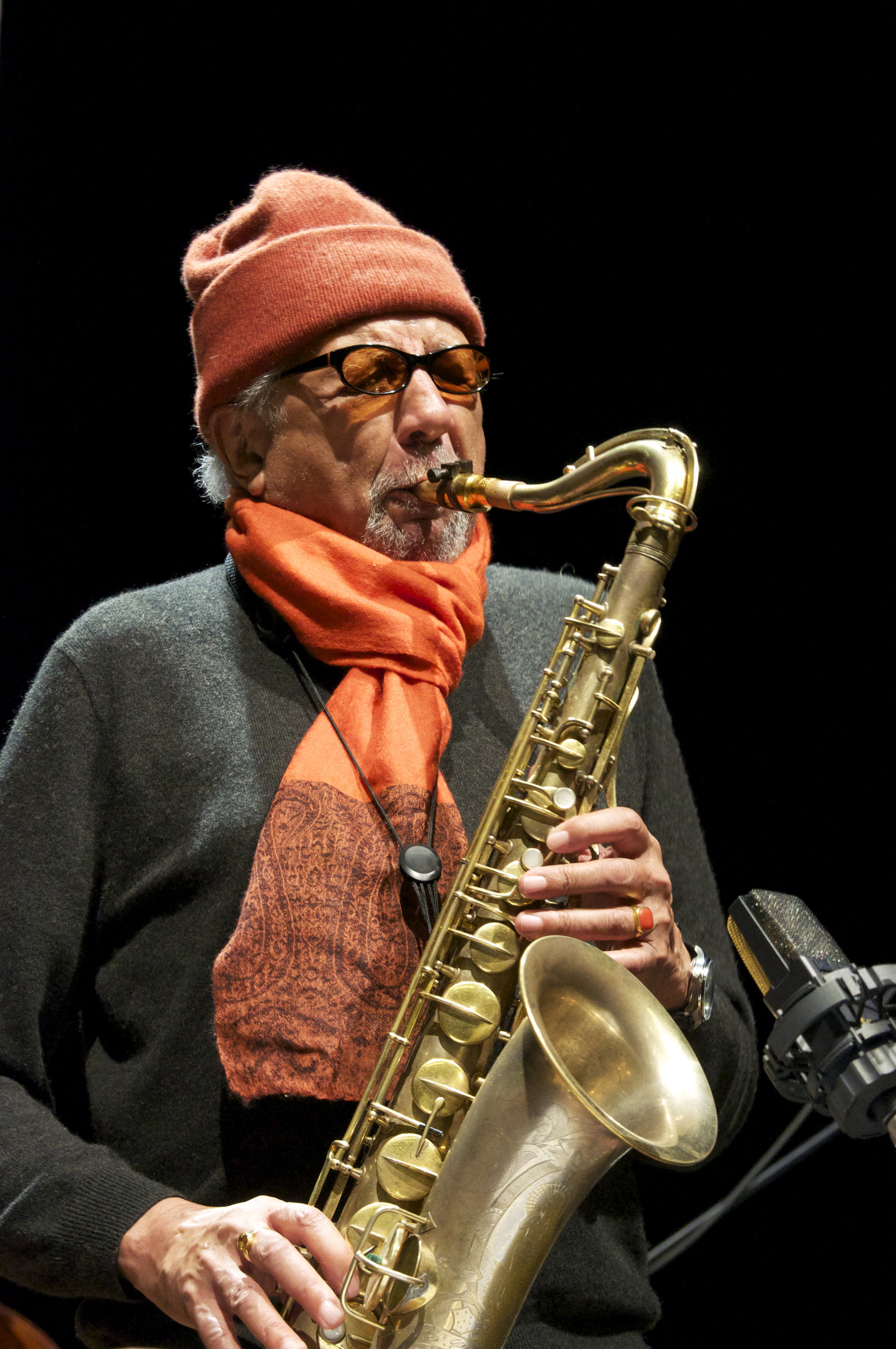 The critical consensus is that Charles Lloyd has never sounded better. As he enters his 75th year, the depth of his expression reflects a lifetime of experience. Lloyd has a legendary history in the music world, and could certainly be in a position to slow down and rest on his laurels. But looking back has never been of great interest to this tender warrior; this seeker of beauty and truth. “Go forward,” is his motto, as he keeps shifting to a higher, well calibrated gear.

His concerts and recordings are events of pristine beauty and elegance, full of intensely felt emotion and passion that touches deep inside the heart. This is not entertainment, but the powerful uncorrupted expression of beauty through music. When music vibrates, the soul vibrates and touches the spirit within. “Mr. Lloyd has come up with a strange and beautiful distillation of the American experience, part abandoned and wild, part immensely controlled and sophisticated.” —The New York Times

Charles Lloyd, was born on March 15, 1938 in Memphis, Tennessee, which had a rich river culture saturated in blues, gospel, and jazz. He received his first saxophone at age 9, and by 12 he was performing with blues greats Johnny Ace, Bobby Blue Bland, Howlin' Wolf.

Often called the father of the World Music movement, Lloyd began to incorporate cadences of many cultures in his compositions in the late1950s. He describes his music as having always “danced on many shores.” Lloyd came to prominence as music director of the Chico Hamilton Quintet in 1960, and later with Cannonball Adderley in 1964. Over a period of five decades, his compositions have punctuated the post-bop period, embraced traditional music of world cultures and ciphered the psychedelic 1960s with avant-garde improvisation.

His brilliant quartet (1965-69) introduced the world to pianist Keith Jarrett, drummer Jack DeJohnette and bassist Cecil McBee. Forest Flower, Live in Monterey (1966) made history as one of the first jazz recordings to sell a million copies. In 1967 Lloyd was voted Downbeat’s “Artist of the Year”, and at the peak of the Cold War Lloyd made headlines as the first jazz group from the U.S. to play in the USSR, invited by the Soviet people rather than government sponsorship. They were the first jazz group to perform at the Fillmore Auditoriums ( East and West ) on bills with Jimi Hendrix, Janis Joplin, Cream, Grateful Dead and Jefferson Airplane, and the first jazz group to perform at the classical music festival in Bergen, Norway.

Unhappy with the jazz “superstar” status he achieved at such a young age, Lloyd disbanded his quartet in 1969 and dropped from sight to pursue an inner journey in Big Sur, the wild haven that had previously attracted other artists and seekers Robinson Jeffers, Langston Hughes, Henry Miller, Lawrence Ferlinghetti, and Jack Kerouac.

In 1981 Lloyd left his self imposed exile in Big Sur to introduce the music world to Michel Petrucciani. After two years of taking Petrucciani around the world, Lloyd retreated back to Big Sur.

A near death incident in 1986 brought Lloyd back to composing and subsequently, back in the public eye. Since1989 he has maintained an active touring schedule and has released fourteen recordings on ECM.