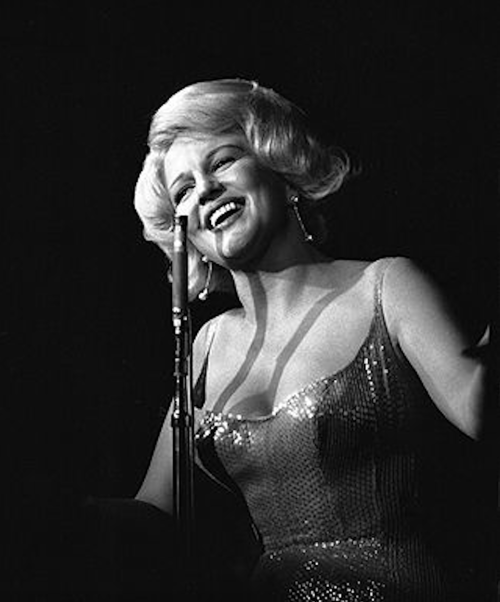 On Tuesday, May 24, Capitol/EMI will commemorate what would have been Peggy Lee's 91st birthday on May 26 by digitally releasing 22 classic albums from the legendary singer's Capitol Records catalog for the first time, including several out-of-print titles. The albums will be available for download purchase from all major digital service providers.

Praised for her distinctive and sophisticated singing style, Peggy Lee is credited as a leading pioneer of the pop-jazz era. Between 1942 and 1972 (with a four-year break from 1952 to 1957), Peggy Lee recorded 592 Capitol masters (of the more than 1,100 total masters she recorded during her lifetime), including singles, album tracks and transcriptions. During that time, she had over 70 chart hits and a string of successful albums and Top 10 hits in three consecutive decades.

Lee's final release for Capitol and one of her most acclaimed albums, Norma Deloris Egstrom from Jamestown, North Dakota, is being presented as it was originally released in 1972 since subsequent CD reissues replaced certain songs with alternate takes.

A 12-time GRAMMY Award® nominee, Lee won a GRAMMY for “Is That All There Is?" (Best Contemporary Vocal Performance, Female), and she's been honored with the Recording Academy's Lifetime Achievement GRAMMY Award, as well as Lifetime Achievement Awards from ASCAP and The Society of Singers. She is also a Songwriter's Hall of Fame inductee and she was voted one of VH1's Greatest Women of Rock & Roll.

Lee composed over 200 songs, and many of these compositions have entered the standards repertoire, having also been recorded by such singers as Tony Bennett, Nat “King" Cole, Doris Day, Ella Fitzgerald, Nina Simone, Bing Crosby, Jack Jones, Mel Tormé, kd lang, and Natalie Cole. In addition, she wrote the lyrics for all of the songs in Disney's Lady and The Tramp and gave voice to four of the film's characters.

Lee starred in several movies, including Mr. Music with Bing Crosby, The Jazz Singer with Danny Thomas and Pete Kelly's Blues with Jack Webb, for which she received an Oscar® nomination for Best Actress.