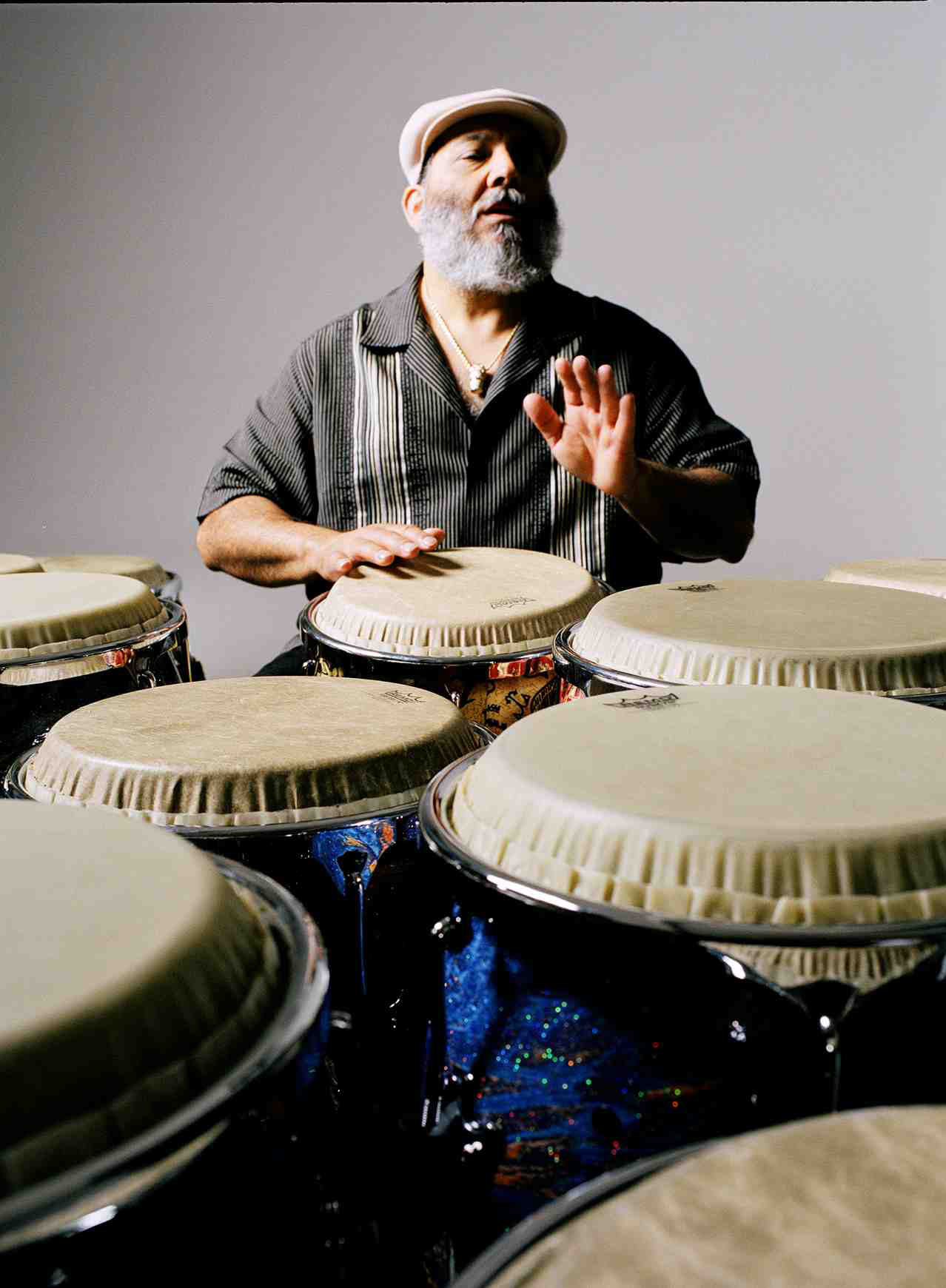 BRIC, producer of Celebrate Brooklyn!, the borough’s premier outdoor summer festival, returns with the fifth annual Celebrate Brooklyn! Dance Parties. The free series, held on Brooklyn Bridge Park’s Pier 1 on three consecutive Thursday evenings in May (14, 21 & 28), serves as a “bridge” to Celebrate Brooklyn’s 37th annual season, which starts June 3 with a free performance by Chaka Khan and runs throughout the summer at the Prospect Park Bandshell. Please find a schedule with programming details below.

Celebrate Brooklyn! Dance Parties feature a varied lineup of fantastic live performances paired with some of New York’s best DJs, on a great lawn with spectacular views of the city, plus dance lessons, free valet bike parking, a variety of food trucks, a beer garden and more. The free dance parties will begin at 7:00 PM each night and end by 10:00 PM. Pier 1 can be entered at the foot of Old Fulton Street at the Brooklyn waterfront.

Leslie G. Schultz, BRIC’s President, said: “BRIC is excited to partner with Brooklyn Bridge Park and grateful for support from the Bridge Park Conservancy to bring Celebrate Brooklyn! back to the park, and to offer up eclectic, and free music and dance parties in an exquisite outdoor setting. This partnership enables BRIC to advance its mission of providing high-quality performing arts that is free and accessible by all.”

Jack Walsh, BRIC’s Vice President of Performing Arts & Executive Producer of the Celebrate Brooklyn! Performing Arts Festival, said: “For 37 years, Celebrate Brooklyn! has been synonymous with live performances by world-class artists from Brooklyn and around the world, presented in Brooklyn’s most stunning outdoor settings. We are excited to return to Brooklyn Bridge Park for a series that features a stellar line up of performers and DJs that will bring together the community in a fun, social way, finally putting winter behind us and bringing us all one step closer to summer!.”

Regina Myer, President of Brooklyn Bridge Park, said: “We are thrilled to welcome Celebrate Brooklyn! back to the park for a fifth year. We truly value our partnership with BRIC and look forward to having their fantastic dance parties kick-off our 2015 programming season.”

For Sonny Knight and the Lakers, last year was equal parts unexpected and deserved. The creation of their debut album, I’m Still Here, nearly 50 years after a young Sonny recorded his first single, began a tidal wave of accomplishments that includes a successful international tour, critical attention from NPR’s World Café and WBEZ’s Sound Opinions, and plenty of love from their hometown of Minneapolis. These hard-soul powerhouses have quickly gained ground in their hometown, topping the Minneapolis Star-Tribune poll “Twin Cities Critic’s Tally” as the best live act of 2014 due to their “high-energy...funk-blasting” shows. Soul connoisseurs to novice music listeners alike can find common ground in Sonny Knight and the Lakers irrefutable showmanship and exuberance on stage.

Felix Hernandez brought his funky dance party, The Rhythm Revue, to BRIC House last year, and after celebrating 23 years of sold-out shows at the now-closed Roseland Ballroom. Hernandez returns to Brooklyn with the New York institution to kick off the evening.

The soul singing dance music eclecticist Jamie Lidell is “the progenitor of his own completely original genre that no one else has been able to recreate” (KCRW) and “a master-craftsman of genre hybrids packing potent lyrical punches of love" (Stereogum). Known for bringing together disparate musical influences, Lidell sites Mtume, Cameo, New Jack Swing, Bobby Brown and George Clinton as inspirations for his latest album, 2013’s self-titled LP. “I referenced a lot of the analogue synth tones of the records I really love,” he says, “the question isn’t electronic music or not, it’s what are you trying to say with the electronics you choose.”

JDH and Dave P, hailing from New York and Philadelphia respectively, are the duo of DJs behind the FIXED parties, which have been running for over nine years. They have toured numerous times with Simian Mobile Disco and Soulwax and have recently played Coachella, PS1, Camp Bisco, FYF Fest, and at Pacha Ibiza.

The Brooklyn United Marching Band gets the party started.

For more than three decades as both a leader and a sideman, conguero Poncho Sanchez has stirred up a fiery stew of straight-ahead jazz, gritty soul music, and infectious melodies and rhythms from a variety of Latin American and South American sources. His influences are numerous, but among the more prominent figures that inform his music are two of the primary architects of Latin jazz – conga drummer and composer Chano Pozo and trumpeter Dizzy Gillespie.

Salsa Salsa Dance kicks off the evening with a dance lesson, followed by a set by world- renowned DJ/writer/sports-commentator Bobbito Garcia.

About BRIC and the Celebrate Brooklyn! Performing Arts Festival

Since its founding as a not-for-profit organization in 1979, BRIC has been the driving force behind a number of Brooklyn’s most widely renowned and beloved arts and media programs. In the borough that is now this country’s foremost creative hotbed, BRIC is unparalleled in its combination of artistic excellence, programmatic breadth and genuine accessibility.

Emphasizing creative expression as varied and groundbreaking as the borough it serves, BRIC provides opportunities and platforms for Brooklyn artists and media makers to create and present new works. The organization champions the creativity of Brooklyn and work that expands the boundaries of artistic disciplines. BRIC’s highly accessible exhibitions, performances, television programs and educational programs serve more than one million Brooklyn residents each year.

The Celebrate Brooklyn! Performing Arts Festival is BRIC’s flagship performing arts program. Launched by BRIC in 1979 as a catalyst for a burgeoning Brooklyn performing arts scene, and to bring people back into Prospect Park after years of neglect, Celebrate Brooklyn! was an early anchor in the park’s revitalization and has become Brooklyn’s foremost summer cultural attraction. Over its history, the festival has presented over 2,000 artists, from emerging innovators to internationally established performers. Since 2011, BRIC has also produced a lively series of Celebrate Brooklyn! dance parties in Brooklyn Bridge Park.

Brooklyn Bridge Park (BBP) is the not-for-profit entity responsible for the planning, construction, maintenance and operation of Brooklyn Bridge Park, an 85-acre sustainable waterfront park spanning 1.3 miles along Brooklyn’s East River shoreline. As steward of the park, BBP has transformed this previously deteriorated stretch of waterfront into a world-class park where the public can gather, play, relax and enjoy sweeping views of New York Harbor. The self-sustaining park was designed by the award-winning firm of Michael Van Valkenburgh Associates, Inc. and features expansive lawns, rolling hills, waterfront promenades, innovative playgrounds, a greenway, sports facilities and the popular Jane’s Carousel. BBP serves thousands of people on any given seasonal day, who come to picnic, walk their dog, play soccer, jog, bike or roller skate. Brooklyn Bridge Park is a signature public invest ment for the 21st Century and will be an enduring legacy for the communities, elected officials and public servants who made it happen.