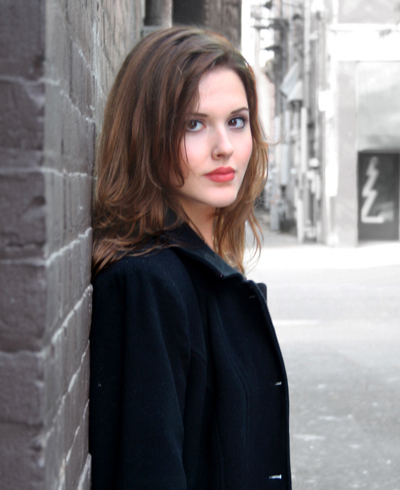 She took the afternoon's music in some surprising directions, putting all sorts of music in a jazz context, delivered with a clear voice and deep understanding of the lyrics. She has always looked beyond the stylistic boundaries of jazz and standards for interesting material, and found ways to put her own stamp on it.

There were some jazz and Tin Pan Alley classics. There was a sprinkling of Latin and Brazilian tunes, and three originals. There were five tunes from the likes of Leonard Cohen, Bobbie Gentry, Etta James, Carole King, Bob Marley. A dozen of these gems were drawn from Loren's eight recordings since 2008.

The music included Nina Simone's classic “Feeling Good," the French standard “C'est Si Bon" and a samba version of the standard “L-O-V-E," first recorded by Nat King Cole. Then came King's “I Feel the Earth Move," Loren's own “A Woman's Way," the Doris Day hit “Perhaps, Perhaps, Perhaps," and a version of Marley's “Waiting in Vain" that opened as a gentle ballad and built up a bit of steam.

Standard fare on the afternoon's musical menu included “Is You Is or Is You Ain't My Baby?," “Blue Skies," “and Fly Me to the Moon." The Brazilian and Latin features included Antonio Carlos Jobim's “Waters of March" (Aguas de Marco) and the 1950s bolero-mambo “Sway" (Quien Sera).

The band locked in with Loren all afternoon, especially on her version of Etta James' classic blues “I'd Rather Go Blind."

She opened the second set with an a-capella take on “High Heel Blues" by Patti Cathcart of the jazz-tinged duo Tuck and Patti, before delivering a bouncy original, “Yellow Bird."

The King and Marley tunes were just the start of her exploration of gems rarely heard in a jazz context. They included Gentry's Southern gothic hit “Ode to Billie Joe" and Cohen's delightful “Dance Me to the End of Love." Robertson's bass work was exquisite, particularly as he backed Loren on the Gentry tune.

Those Latin, samba and bossa nova rhythms, finishing with the afternoon closer, “Sway," were a perfect fit on this sultry, waterside afternoon.

The concert concluded the 2021-22 season for the venue's Music in the Garden series, held on the shores of Little Sarasota Bay.