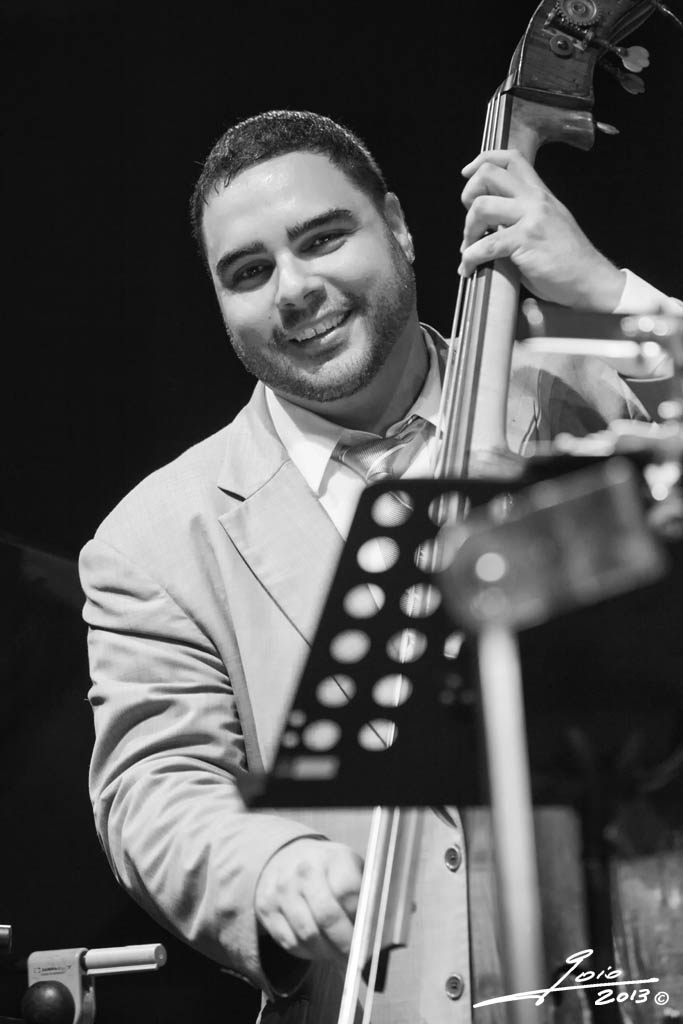 Carlos Henriquez, longtime bassist for the Jazz at Lincoln Center Orchestra, steps out on his own with exciting new music featuring a blend of Latin and jazz grooves. This gig will feature music from his yet-to-be released CD.

Carlos Henriquez was born in 1979 in the Bronx, New York. He studied music at a young age, played guitar through junior high school and took up the bass while enrolled in The Juilliard School's Music Advancement Program. He entered LaGuardia High School of Music & Arts and Performing Arts and was involved with the LaGuardia Concert Jazz Ensemble which went on to win first place in Jazz at Lincoln Center's Essentially Ellington High School Jazz Band Competition and Festival in 1996. In 1998, swiftly after high school, Henriquez joined the Wynton Marsalis Septet and the Jazz at Lincoln Center Orchestra, touring the world and featured on more than 25 albums. Henriquez has performed with artists including Chucho Valdes, Paco De Lucia, Tito Puente, the Marsalis Family, Willie Nelson, Bob Dylan, Stevie Wonder, Lenny Kravitz, Marc Anthony, and many others. He has been a member of the music faculty at Northwestern University School of Music since 2008, and was music director of the Jazz at Lincoln Center Orchestra's cultural exchange with the Cuban Institute of Music with Chucho Valdes in 2010.