SOURCE: ALL ABOUT JAZZ
February 2, 2009
Sign in to view read count 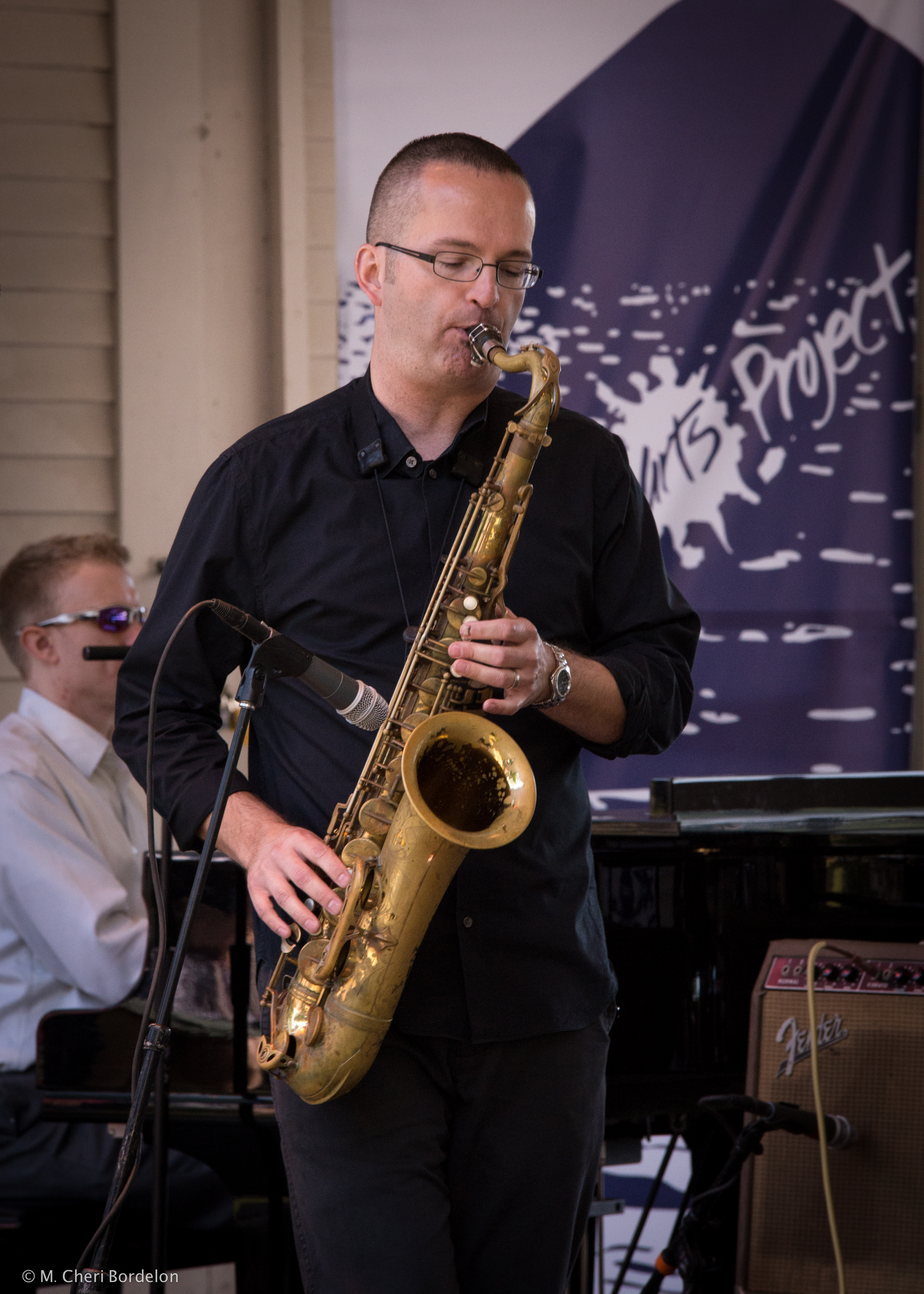 slideshow
Saxophonist Brian Patneaude will celebrate the release of Riverview, with a concert at The College of Saint Rose's Massry Center for the Arts in Albany, NY.

The performance and CD release will take place Saturday, February 7, at 8 p.m. in the new Kathleen McManus Picotte Recital Hall, Massry Center for the Arts, 1002 Madison Ave., Albany. Admission is $10 or free with a Saint Rose I.D. Tickets are available online at brianpatneaude.com or by phone at 518-434-6756.

For this performance, the saxophonist will reunite the musicians who perform on Riverview: guitarist Mike Moreno, organist Jesse Chandler and drummer Danny Whelchel.

Riverview (WEPA Records) is a collection of six original compositions as well as arrangements of Don Grolnick’s “The Cost of Living” and Billy Strayhorn’s classic “Chelsea Bridge.” The album is dedicated to Patneaude’s mother, whose successful battle with breast cancer was made possible in part by the staff at Riverview Cancer Care in Rexford, NY.

Repeatedly cited as “Best Jazz” by Metroland magazine, Patneaude is one of the busiest musicians in New York's Capital Region. In addition to leading his own quartet, the saxophonist maintains an active performance schedule with salsa/merengue favorites Alex Torres & His Latin Orchestra, the award-winning Empire Jazz Orchestra and the 17-piece juggernaut Big Soul Ensemble. He has performed at the Montreal Jazz Festival, Kingston International Jazz Festival, Newport Jazz Festival Saratoga, Albany Riverfront Jazz Festival, Rochester International Jazz Festival and countless clubs and concert halls throughout the Northeast including a six-year weekly residency at Justin’s, one of Albany’s premiere jazz clubs. Over the years he has performed with saxophonists Jimmy Heath and David “Fathead” Newman, trombonists Slide Hampton and Wycliffe Gordon, trumpeters Randy Brecker, Lew Soloff and Byron Stripling, bassist Rufus Reid and vocal sensations The Four Freshmen. Tracks from his three previous CDs on WEPA Records – “As We Know It" (2007), “Distance" (2005) and “Variations" (2002) – have aired on radio stations worldwide, including the nationally syndicated “Jazz After Hours” with Jim Wilke and “Listen Here!” hosted by Neil Tesser & Mark Ruffin. In his free time, Patneaude runs www.albanyjazz.com, an online guide to upstate New York's jazz community.

For more information about the February 7 performance, contact Brian Patneaude at 518- 221-0741 or email [email protected]