In terms of style, substance, and execution, Nirenberg ranks high. This is some brilliant Brazilian jazz. --Dan Bilawsky, All About Jazz 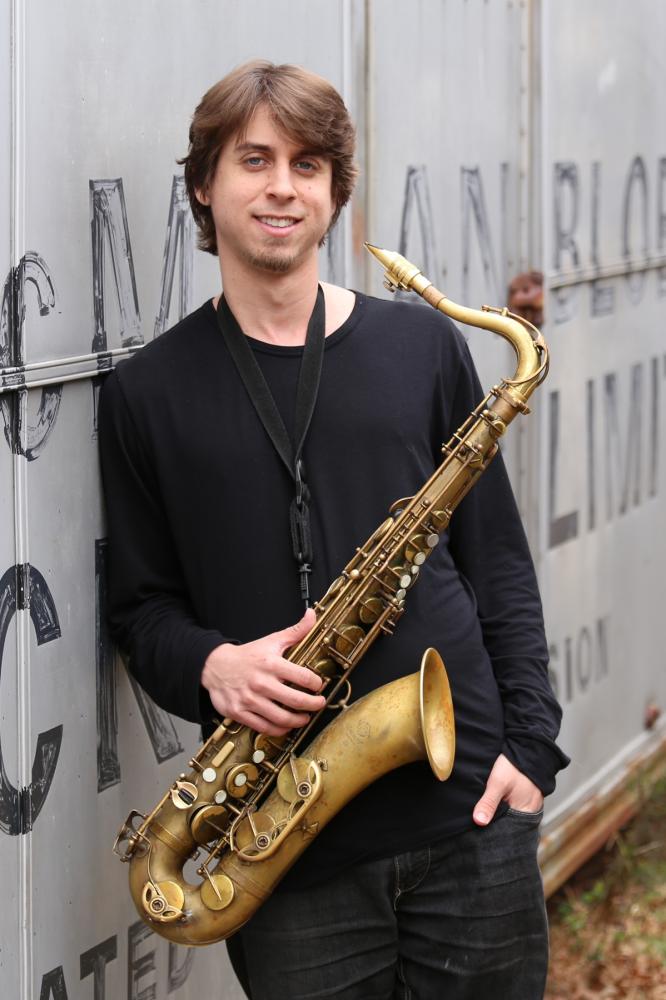 Saxophone master and composer Michel Nirenberg returns to the United States for his 2016 fall tour. In October and November, he’ll share the vibrant melodies and rhythms of his native Brazil with world music and jazz fans in the Maryland cities of Laurel, Baltimore and Annapolis and in Washington, D.C.

In recent months, Nirenberg has been making music in his hometown, Rio de Janeiro, collaborating with friends and performing tunes from his 2015 debut album, Retrato/Portrait. First released in the U.S., the recording was well received. It soared on the American CMJ radio charts peaking at No. 6. Dan Bilawsky of All About Jazz wrote, “In terms of style, substance, and execution, Nirenberg ranks high. This is some brilliant Brazilian jazz." Raul da Gama of Latin Jazz Network called Nirenberg, “a player who uses virtuosity not for self-aggrandizement but to glorify the music.”

Nirenberg first came to the U.S. to attend graduate school. After earning many awards and an undergraduate degree in Brazil, he earned a master’s degree in classical performance from James Madison University in Virginia. Before returning to Brazil he released his first album and joined the roster of Jazz Beyond Borders artists.

In these U.S. appearances and a subsequent tour of Israel, Nirenberg will begin sharing some tunes slated for his next recording. He’ll be backed by such heavy weight musicians as Brazilians Leonardo Lucini on bass, Alejandro Lucini on drums  and Fernando Saci on percussion. Also in the lineup are Argentine guitarist Dani Cortaza and American musicians: pianist Tim Murphy and bassist Mike Pope.

Listeners will hear selections from the album and exciting new compositions and arrangements meant to introduce American music fans to a wider range of Brazilian jazz and instrumental music styles. Nirenberg’s composition “Faith,” mixes baião, partido alto and maracatu rhythms. Another recent and deeply spiritual composition, “Bahia de Todos os Santos” is an Ijexá, a rhythm from the state of Bahia in the northeast of Brazil. Bahia’s capital, Salvador, was built around Todos os Santos (All Saint’s Bay). Salvador was a major port in the slave trade. Nirenberg respectfully introduces and ends the piece with a traditional capoeira chant and percussion solo. In this tour he’ll cover “Espinha de Bacalhau,” one of Brazil’s most popular and recognizable choros, written by the great Severino Araújo in 1937. The title, which means “spine of a cod," refers to the tune's up-tempo speed and technical difficulty. Fortunately, his team of international musicians is well up to the challenge.