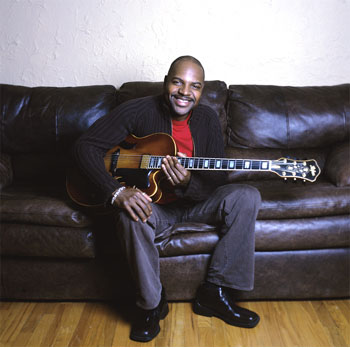 slideshow
Guitarist Bobby Broom and the Deep Blue Organ trio are coming to St. Louis to perform at 8:30 p.m. next Thursday, September 13 at Robbie's House of Jazz.

The Deep Blue Organ Trio, which began in 1999, also includes organist Chris Foreman, who plays frequently at Chicago's Green Mill, and drummer Greg Rockingham. Their most recent album Wonderful, released in 2011, features songs made famous by Stevie Wonder. In July of this year, the group did a two-week residency at the famed Umbria Jazz Festival in Perugia, Italy.

No word yet on the ticket price, but if previous shows by touring performers at Robbie's are any indication, it likely will be in the range of $10 to $20. We'll update this post if/when more information becomes available.