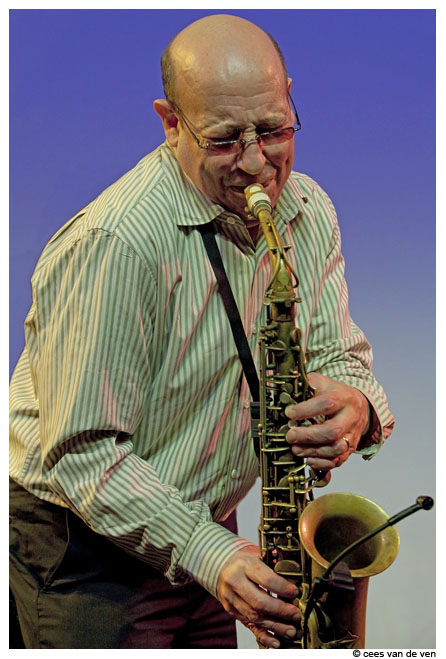 slideshow
The Bob Mover Quartet will perform at Lilypad in Cambridge, MA on Monday, September 23 from 6:00 PM to 8:00 PM.

Saxophonist/vocalist Mover will be joined by guitarist Joe Cohn, bassist Will Slater and drummer Bob Gullotti. Lilypad is at 1353 Cambridge St. at Cambridge's Inman Square. Tickets for the performance are $15, or $10 with a valid student ID.

The concert celebrates the recent release of My Heart Tells Me, a two-disc set mixing deeply soulful standards with original instrumentals, on Motema Music. Motema and DL Media have collaborated on the CD and concert promotion.

Mover has attracted generations of listeners with his versatility, emotional depth and technical command on alto, tenor and soprano saxophones. Through his sideman stints with such legends as Chet Baker, Charles Mingus and Jaki Byard, and his work as a leader since the mid-'70s, Mover has attained the highest level of individuality and authority on his instruments - not just mastering the saxophone lineage but also claiming a place of honor within it.

Born in Boston, Mover relocated to Florida at age 12 and took up the horn the following year. At the age of 13, Mover came under the influence of Ira Sullivan, with whom he remains close friends to this day. After leaving high school at the age of 17 to pursue his career, Mover bypassed a more traditional route of attending a music conservatory or arts-focused school. Instead, he studied with highly regarded jazz veterans such as Phil Woods, Al Cohn and Richie Kamuca.

While still a teenager, Mover had already sat in at the old Half Note in New York with the likes of Roy Eldridge, James Moody, Zoot Sims and others. In recent years Mover has cultivated a sound and style as a vocalist, as heard on his 2008 release It Amazes Me. Following up that strong effort on his new two-disc release, My Heart Tells Me, Mover divides his time between two different but closely related aesthetics.

Disc one showcases Mover singing a set of deeply soulful yet unaffected standards (the one instrumental is Cole Porter's “Get Out of Town"). Disc two is wholly instrumental (save for the Kenny Dorham ballad “Fair Weather"), with trumpet and occasional second tenor added, and the tunes are mainly Mover's own. This vocal/instrumental set follows in the spirit of Mover's one-time cohort, Chet Baker.

My Heart Tells Me features stellar personnel that includes pianist Kenny Barron, bassist Bob Cranshaw and drummer Steve Williams. ICON Magazine calls it “a rewarding session and the perfect introduction to Mover's heart-and-soul style. Whether you're in the mood for Cole Porter and after-hours torch songs, or straight-ahead bebop fire with an agile band, Mover's got you covered."

Audiophile Audition raves, “there is something for everyone on this two-CD set. Winning compositions, warm vocals, and brilliant playing from an all-star cast. It's well past time for Bob Mover to move into the big-name spotlight."

In the words of Chuck Berg, writing in DownBeat magazine, “Mover's music rings with a profundity that speaks to both heart and mind."