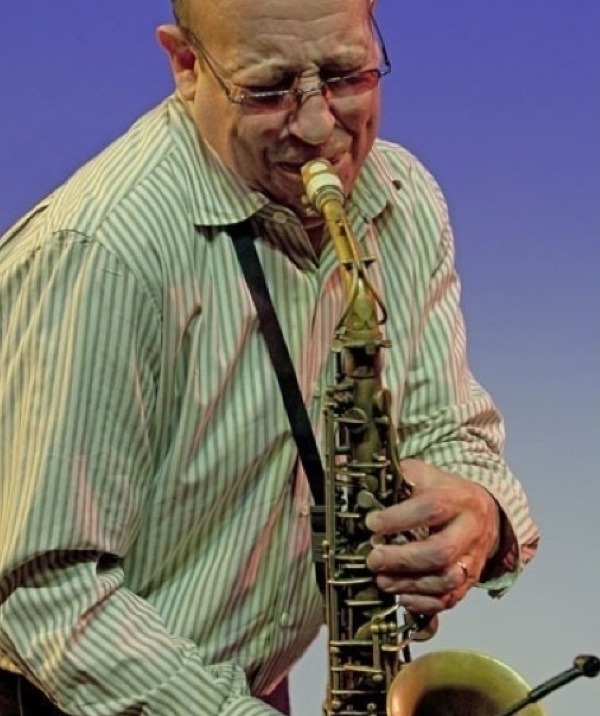 slideshow
The Bob Mover Quartet will perform at Sunset-Sunside Jazz Club in Paris, France for 3 nights, January 24 through 26, 2013.

Mover, widely regarded as one of the greatest saxophonists in jazz and a legendary presence on the New York City jazz scene, has a new CD set for release in 2013, My Heart Tells Me (Motema Music), a double-CD set which features not only Mover's mastery of alto, tenor and soprano saxophones, but also his impressive work as a vocalist and composer.

Appearing with Mover at Sunset-Sunside will be guitarist Joe Cohn, bassist Pierre Boussaguet and drummer Steve Williams, as well as a guest appearance by vocalist Jelena Jovovic. Sets begin each night at 9:30 PM.

Mover will continue his European tour with a concert on February 1 with the Bob Mover Quartet Featuring Jelena Jovovic at the Diva Lounge in the Grand Casino Beograd in Belgrade, Serbia.

This is Mover's 3rd tour of Europe in the span of 7 months, following his appearances at major jazz festivals including Umbria, North Sea and Istanbul with Esperanza Spalding & The Radio Music Society in July, and a December tour of Belgium with saxophonist John Snauwaert.

Mover, who has recorded 10 albums as a leader and countless more as a featured performer, first came to the public's attention when Charles Mingus hired him at the age of 21 to play with the Mingus band throughout a 5-month engagement at the famous Five Spot in New York City. Mover went on to secure his place in the jazz pantheon when he began his long association with the great trumpeter/vocalist Chet Baker and his band, with whom Mover made his European debut at Le Grand Parade du Jazz in Nice, France.