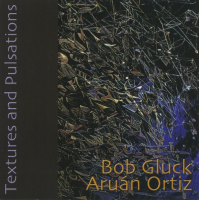 Pianists Bob Gluck and Aruán Ortiz will celebrate the release of “Textures and Pulsations," their new duet recording on Ictus Records at the Booklyn-based Shapeshifter Lab on Thursday, February 7. The 9pm show will feature improvisational works for two pianos, Moog Synthesizer, and digital processing.

The duo's improvisations range across genres and musical forms, and feature poignantly etched live electronics, creating a colorful, virtuosic brew of subtly shifting textures, lyrical melodies, and great grooves. Dave Sumner (eMusic “Jazz Picks") writes: “It works exceedingly well. Both inventive in their own ways, compositionally and performing, which makes for some intrigue, as well as the risk of stepping over the toes of one another (they don’t). An album that’ll appeal to the avant-garde crowd, the piano enthusiast, and some modern classical fans..."

Shapeshifter Lab is located in the Park Slope neighborhood of Brooklyn, at 18 Whitwell Place, between Carroll and First Streets). Admission is $10.

Aruán Ortiz, is a classically trained violist and pianist, influenced as much by Schoenberg, Ravel, and Copland as by traditional Afro Cuban sounds and jazz greats Bud Powell, Art Tatum, and Thelonious Monk. As a jazz pianist, he has played with Wallace Roney, Antoine Roney, Terri Lyne Carrington, Greg Osby, Cindy Blackman, Esperanza Spalding, Gary Thomas, Wayne Krantz, Rasheed Ali, Stefon Harris, and others. His work as a composer includes chamber music, music for contemporary dance, and other settings.

Bob Gluck, pianist and composer, has released three recordings of music for jazz trio and three of electronic music. His influences are as diverse as Igor Stravinsky, John Coltrane, Cecil Taylor, Jimi Hendrix, and Frank Zappa. Bob Gluck is author of “You’ll Know When You Get There: Herbie Hancock and the Mwandishi Band” (University of Chicago Press).