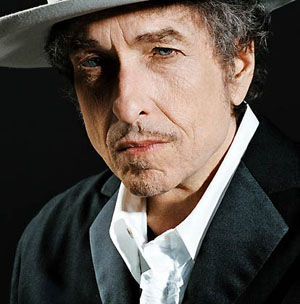 The White House called Dylan “an icon of youthful rebellion and poetic sensitivity" and said Eastwood's films and performances are “essays in individuality, hard truths and the essence of what it means to be American."

“Obviously, their careers have marked the landscape of American culture for decades," Obama said noting their absence from the East Room ceremony.

Others who made the evening ceremony, though, were no less important to the nation's cultural identity.

Soprano Jessye Norman was recognized for “broadening contemporary operatic repertoire." Maya Lin earned a medal for her architecture, including the National Vietnam Veterans Memorial in Washington. And Obama awarded composer John Williams a medal for music featured in films such as the Star Wars series and the soundtrack to the Olympics.

Obama also welcomed author and activist Elie Wiesel to accept an award for his work to educate the country on the Holocaust and conductor Michael Tilson Thomas for his efforts to expand audiences and the repertoire for contemporary music.

“Each has taken a different path to get here, each has made the most of different gifts, but all of them have reached the peaks of cultural achievement and all of them are a testament of the breadth and depth of human spirit," Obama said.

“They bring us joy, they bring us understanding and insight, they bring us comfort in the good times and perhaps especially in difficult times in our own lives and the life of our nation," he said.