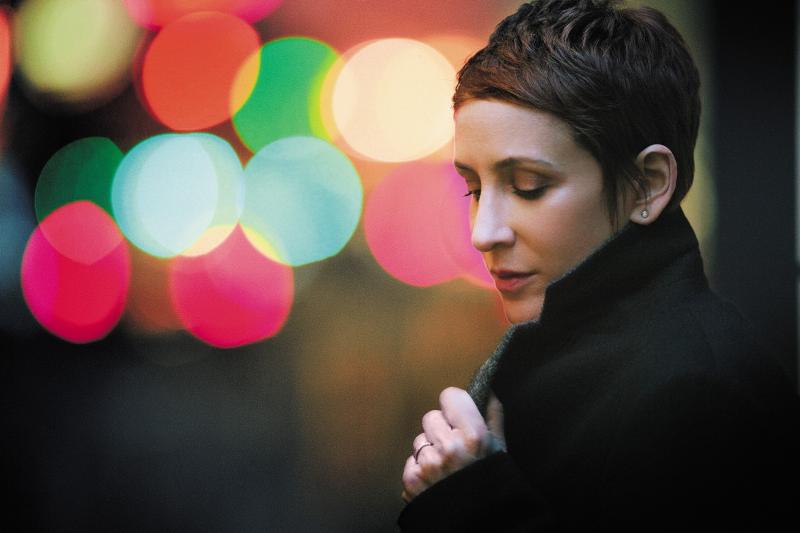 slideshow
To celebrate his 50th career anniversary as a Songwriter, Arranger, Instrumentalist, and Singer, Brazilian artist Marcos Valle, joined American singer Stacey Kent's sweet beautiful voice to express a repertoire of half a century of successes. This reunion of these two artists has resulted in a CD titled Marcos Valle & Stacey Kent LIVE, which is being released by Sony, in USA, Canada, Europe, and Asia, in November 2014.

This unique collaboration comes to Birdland Dec. 9-13 to present this incredible music accompanied by Marcos on piano and the Brazilian band of Jesse Sadoc on trumpet and flugelhorn, Marcelo Martins on sax and flute, Alberto Continentino acoustic bass, and Renato Massa on drums. Associate Producer is Pat Philips.

The performance also includes the special participation of Jim Tomlinson, Stacey's long-time musical partner, husband, and Producer of all of her recordings.

Produced by Valle and Tomlinson, each track on the CD presents an aspect of Marcos Valle's various musical facets, mixing genres and rhythms, placing Pop, Jazz, Bossa Nova, World Music, and MPB music side by side.

Stacey Kent lends her voice to songs like “Summer Samba" (Samba de Verão)", “If You Went Away" (Preciso Aprender a Ser Só), “The Face I Love" (Seu Encanto), “Look Who's Mine" (Dia de Vitória)I, and many others of Marcos' classics.

Marcos Valle, born in Rio de Janeiro on September 14, 1943, started his music career in 1963, at the age of twenty. His first LP, Samba Demais, reached the stores in April, 1964. He is one of the major songwriters of Brazilian Popular music with songs recorded by Sarah Vaughan, Oscar Peterson, Dizzy Gillespie, Jay-Z, Diana Krall, Chicago, Johnny Mathis, Astrud Gilberto, Bebel Gilberto, Sergio Mendes, to name a few. He has toured the world many times to sold-out audiences. Valle has received several major awards, including the Special Citation of Achievement by BMI for 2 million broadcast performances of his song SUMMER SAMBA. Marcos has had big success on the European dance floors since 1990 with both his original recordings and the re-recordings and re-mixings of his music by other artists as Jay-Z, Kanye West, Pusha T, and by DJ's not only in Europe but also in Japan and China,

Stacey Kent is today one of the most prominent jazz singers in the world. In a 14-year recording career, she has released ten albums, including her Platinum-selling album, 'Breakfast On The Morning Tram', which was nominated for a Grammy in 2008, as well as 'The Boy Next Door' (2003) and 'Raconte-Moi' (2010), both of which achieved Gold status. Stacey has received various awards, including the 'BBC Jazz Award' for best singer in 2002, the 'Backstage Bistro Award' for the best live performance in 2004 and the 'BBC Jazz Album of the Year' award for her album 'The Lyric', in partnership with her husband, saxophonist, Jim Tomlinson, in 2006. Stacey was made a Chevalier in the Order of Arts and Letters by the French Minister of Culture in 2009. She is currently on tour with her latest album, 'The Changing Lights', which has been released in 38 countries.

The show features Jim Tomlinson as a special guest.

Birdland will be alive with extraordinary sounds of Brazil as Marcos Valle and Stacey Kent take a journey thru the musical life and career of one of Brazil's most important hitmakers !