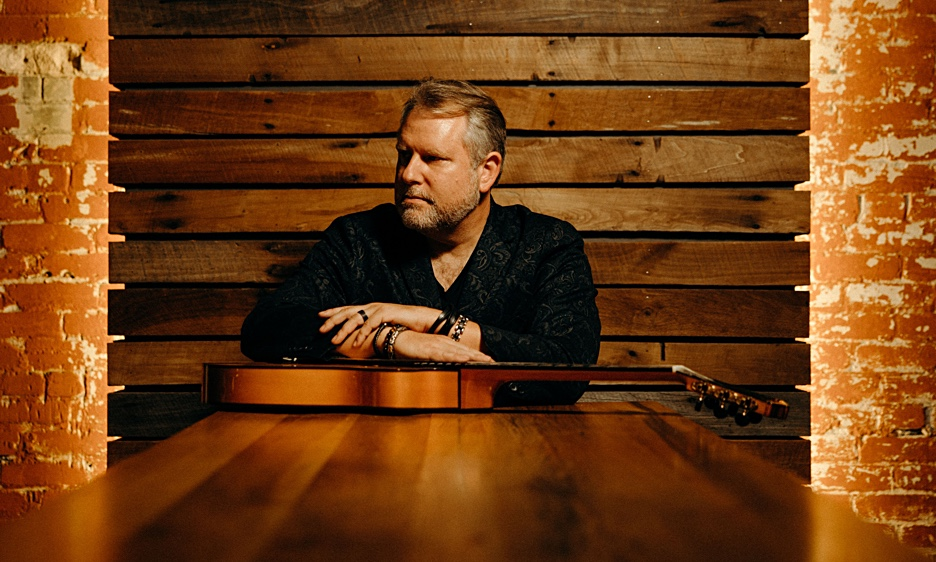 SOURCE: ALL ABOUT JAZZ
October 6, 2021
Sign in to view read count 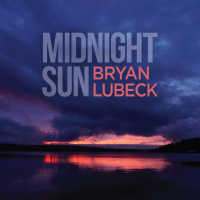 The highly anticipated new studio album from Billboard Magazine Critics’ Choice artist Bryan Lubeck is available now. The release of Midnight Sun will introduce listeners to a new blending of Lubeck’s signature sound with fresh pop, funk, and urban influences. (Update: The album became an Amazon Music #1 Best Seller in late September, is one of the top 30 songs played on SiriusXM Watercolors and has received significant radio play)

Known for his fusion of romantic Spanish guitar and urban grooves, Lubeck has been a staple of contemporary pop and jazz instrumental radio for more than a decade. Midnight Sun’s 11-track collection delivers on that foundation with immersive, front-to-back listening pleasure.

Midnight Sun is the follow up to Lubeck’s Top 20 album Tuscan Sky, which has gained over one million Spotify streams and notable terrestrial and online radio play. The album spent 15 weeks on various Smooth Jazz charts, and the title track was named by Billboard as one of the top 5 songs added to radio the week if was released.

With Lubeck’s return to the studio, Midnight Sun is the next step in the evolution of his distinctive sound. Lubeck collaborated with Chicagoland-based producer Ryan Herma to incorporate a new edge that explores multi-genre influences while conveying the magic of Bryan’s live shows.

“Working with Ryan brought a fresh infusion of pop and rock flavors into the foundational Spanish guitar and urban groove sounds listeners know from previous albums. The unique blend creates a reimagined sound that fans will instantly recognize yet that allows them to embark on a new journey of discovery as they explore each track,” stated Lubeck.

Additionally, Lubeck and Herma pressed vintage equipment into action during recording sessions at Soundmind Studios in Chicago. According to Lubeck, the use of a B3 Hammond organ, a Rhodes piano, and vintage reverbs enhance the warmth and texture of the songs. They also took the extra step to blend in-studio string players into the mix, providing added texture and richness.

“Because Marc produced and mixed Tuscan Sky, I know first hand the level of quality and skill he brings to a project,” Lubeck commented. “He is very much in demand so I was thrilled when he agreed to mix and master Midnight Sun. It will impress even the most discerning audiophiles.”

“We approached the recording process in a layered fashion to bring out the depth of talent we had the honor of working with. Each musician was able to play off of the others to create those ‘moments’ that are characteristic of live performances,” Lubeck added.

Though the album release is still several weeks away, listeners will be treated to previews of select tracks as Lubeck premieres music videos leading up to August 27th. One of those will be “Road to Mackinac.” A departure in style for Lubeck, the fully animated video was created by Alex Rumsa, a Chicago-based animator who has developed commercials for top global brands.

Midnight Sun will be available for everywhere music is played, sold, and streamed through digital, CD, and vinyl formats. Radio promotion begins this summer.

An editor with Billboard Magazine once said that Bryan weaves a tapestry of fiery Spanish guitar and cool urban grooves into exhilarating and romantic live shows and recordings. The striking and sensitive ballads coupled with the exciting catchy flamenco styles from his CDs have proved to a new generation of music lovers that the contemporary elegance of Spanish guitar is more powerful today than ever before when combined with the grooves of his Latin and urban band. ​

His first performance in the Smooth Jazz genre was with Tower of Power superstar saxman Richard Elliot. After a standing ovation, Lubeck believed he might have hit on something and began work on an instrumental CD Acoustic Vineyard. His goal was for people to be able to listen to a CD front to back while chilling on the deck with a glass of wine. Over 10,000 CDs initially sold told him he hit the right chord with wine-focused music. From that, his second CD Vineyard Groove was born—again to rave reviews. The title track from the album was even selected as the theme song for one of Microsoft's product releases that year.

Lubeck then collaborated with Billboard Top 10 artist Johannes Linstead on the holiday CD We Three Strings. Legendary Smooth Jazz radio programmer Rick O’Dell of Chicago's WNUA ranked it as one of the top 10 holiday CDs of all time, in any genre. Four songs from the album continue to receive significant time in radio rotation every holiday season. ​

Having performed in front of more than 1,000,000 music enthusiasts, Lubeck’s concert credits include industry legends and greats Richard Elliot, Jim Peterik, Rick Braun, Mindi Abair, Brian Clulbertson, and Craig Chaquico, to mention just a few. He has honed his show into a perfect blend of romance and high energy songs that have mass appeal across age, cultural, and genre differences.