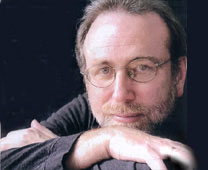 Pianist & Composer Bill O'Connell will be performing with his Triple Play Trio (featuring Dave Valentin) at The Jazz Standard in New York on Tuesday July 17th, 2008. The performance is in celebration of his new Savant Recording “Triple Play" - Set Times are 7:30 PM & 9:30 PM

Without a horn section, without claves or massed percussion, pianist Bill O'Connell and Triple Play capture the essence of Latin jazz on their self-titled Savant Records album, from the hard-charging opener “Triple Play" to the mellow mood of “A Call for Sanity." For nearly two decades, Bill has been a pianist, arranger, and contributing composer with Grammy Award-winning flautist Dave Valentin; he's also worked with Jon Lucien, Mongo Santamaria, Chet Baker, Kenny Rankin, Sonny Rollins, Gato Barbieri, and Astrud Gilberto, just to name a few.

Bill O'Connell is a native New Yorker who studied classical music at The Oberlin Conservatory of Music. Early in his career, he played in various salsa and jazz settings that set the tone for his musical style. In 1977, he joined salsa great Mongo Santamaria, writing and performing with him for over two years. Following that he worked with Chet Baker and jazz legend Sonny Rollins with whom he toured the United States and Europe. In 1982, he joined Latin jazz flutist Dave Valentin, and they have been touring the world together ever since, performing before enthusiastic audiences everywhere.

Bill, an internationally recognized composer, has his original compositions on CDs by Mongo Santamaria, Emily Remler, Charles Fambrough, and on virtually every recording made by flutist Dave Valentin. One of Valentin's most requested songs, “Oasis", which was recorded by the GRP Allstars for the CD, “GRP Live in Session", is one of Bill's original compositions. Over the years, Bill has displayed his versatility with numerous other jazz artists including Gato Barbieri, the Fort Apache Band, and vocalists Jon Lucien, Kenny Rankin, and Astrud Gilberto.

His six solo recordings, “Searching" on the Inner City label, “Love for Sale" on the Pony Canyon Label, “Signature, featuring Bill O'Connell" on the Blue Moon Mesa label, “Lost Voices" on the CTI label, “Black Sand" and “Latin Jazz Fantasy" on the Random Chance label have received wide critical acclaim throughout the world.

On four separate occasions, Bill was the recipient of the coveted “Jazz Writer of the Year" award from SESAC, the performing rights organization. Bill's most recent recordings have been for the Random Chance label. “Black Sand," The Bill O'Connell Latin Jazz Project, was released in September 2001 and featured Dave Valentin, Randy Brecker, Andy Gonzalez, Steve Berrios and others. This C.D. received critical acclaim and climbed to #5 on the national jazz radio chart. As Mark Holston writes," Putting the primary accent on the Latin side of the stylistic equation proves the point Bill O'Connell has been making all of his professional life-Black Sand sizzles." “Latin Jazz Fantasy" released in June 2004 is Bill's most ambitious recording to date. It features Bill in an orchestral and small group setting. George Carroll writes in his review, “This is a pianist with immense 'player power' as it were. The range of his artistic spectrum seems limitless, and I suggest that my readers will be moved by this colossus of musical dignity and improvisational authority."

Bill is currently performing with trombonist Conrad Herwig, Dave Valentin and his own band. In early 2008 Bill will be releasing a new CD titled Triple Play.