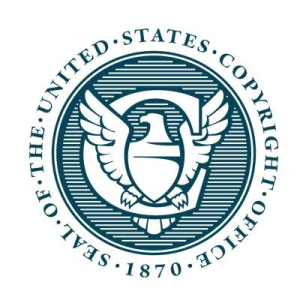 Rep. Bob Goodlatte and U.S. congressional leaders have promised copyright reform; and if a new bill just introduced is any indication, that will mean putting more control in the hands of the RIAA and MPAA, says Mike Masnick.

By Mike Masnick of Techdirt

Well, we all knew this was coming, but Rep. Bob Goodlatte has been passing around a draft of a bill to move the Copyright Office out of the Library of Congress. Specifically, it would make the head of the Copyright Office, the Copyright Register, a Presidentially appointed position, with 10-year terms, and who could only be removed by the President.

Update: The bill has now officially been introduced.

This is a bad and dangerous idea. It's one that's designed to give Hollywood and the recording industry even more power and control over an already deeply captured agency. As it stands now, having the Copyright Office in the Library of Congress provides at least some basic recognition of the actual intent of copyright law, as established by the Constitution to Promote the progress of science. That is, as we've pointed out for a long, long time, the intent of copyright is to benefit the public. The mechanism is to provide temporary monopolies to creators as an incentive, before handing the works over to the public. Yet, the Copyright Office eschews that view, insisting that the role of the Copyright Office is to expand those monopoly rights, and to speak out for the interests of major copyright holders (rarely the creators themselves).

“MPAA and RIAA know it will give them significantly greater say"

Either way, by making this a Presidential appointment, the MPAA and RIAA know that it will give them significantly greater say over who leads the office. Right now they can (and do!) lobby the Librarian of Congress on who should be chosen, but the Librarian gets to choose. One hopes that the Librarian would take into account the larger view of copyright law, and who it's actually supposed to benefit— and we're hoping that the current Librarian will do so (if given the chance). But making it a Presidential appointment will mean heavy lobbying by industry, and much less likelihood that the public interest is considered.

The usual think tankers and industry folks will tell you- incorrectly- that the Copyright Office is only in the Library due to “an accident of history." But that's not the case. The role of both overlap dramatically— collecting, organizing and cataloging new creative works. Almost everyone agrees that the Copyright Office needs to be modernized, and that the previous Librarian failed (miserably) to do so. But because we had a bad librarian in the past is no reason to remove the Copyright Office entirely from the Library and disconnect it completely to its constitutional moorings designed around getting more creative works to the public.

Make sure to let your Congressional Representative know not to support this bill&#151especially if they're members of the House Judiciary Committee. Rep. Goodlatte has said that he'd only propose copyright reform bills that have widespread consensus. This is not such a bill.